Remakes are a tricky prospect to sell to gamers.

Sometimes the results are great, but just as often nostalgia turns out to be an appetite best not indulged.

Etrian Odyssey Untold: The Millennium Girl is a remake of a game that came out a mere six years ago, and is comes hot on the heels of the the latest instalment in the franchise, Legends of the Titan.

Happily, Atlus knows what it's doing and has infused The Millennium Girl with a new, character-driven Story mode, 3D visuals, and a remastered soundtrack.

While it still preserves much of what made the original Etrian Odyssey popular (and difficult), it also constitutes an immersive new game experience in its own right.

At the outset of Etrian Odyssey Untold, you're given the choice of playing in Classic or Story mode.

Classic mode is a 3D remake of the original Etrian Odyssey and gives you free rein to choose your party's classes and explore the Labyrinth at your own pace.

There's a plot at the heart of Classic mode, but the focus is much closer to the traditional draw-your-map-and-grind-for-XP approach of the 2007 release.

Story mode, however, is a completely different sort of Etrian Odyssey experience, giving you a fixed party of characters to use.

This mode is much closer to a traditional JRPG, although - as I noted in our preview - the characters and the voice-acting provide a great deal of depth and make even the most routine quests easier to endure. 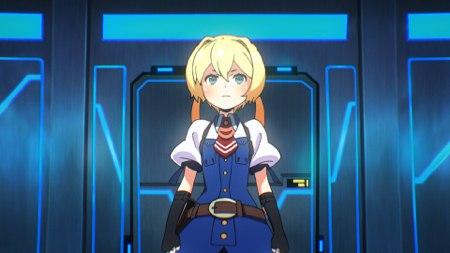 Story mode is also a longer run since it contains a dungeon unique to its path, the ruin of Gladsheim, in which numerous plot events unfold.

While Story mode might seem limiting at first, you can always change your characters' classes after a certain point, which opens up access to fan-favourite classes like Troubadour, Ronin, or Hexer. For the most part, however, the party's stock classes work just fine.

Lost in the Labyrinth

Whichever path you choose, you'll be setting out to explore the Yggdrasil Labyrinth from strata one onwards.

As in other Etrian Odyssey games, this involves drawing the map on your handheld's bottom screen as you dungeon-crawl, with all of the action during turn-based random encounters taking place on the top screen.

The map mechanic is entertaining and really pulls you into the task of exploration, but it can make later levels in the Labyrinth feel daunting when you realise just how massive they are.

Both modes also share a new mechanic called Grimoire Stones, which is how you hybridise classes in The Millennium Girl.

You create Grimoire Stones as you clear battles, and each stone has a chance of passing on a skill (or skills) known by a character or used by an enemy. 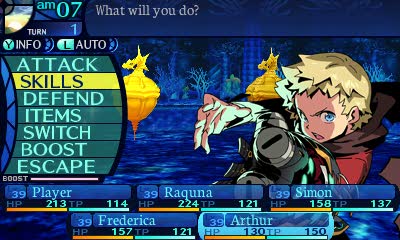 The effect is very similar to a fluid version of Final Fantasy VII's Materia system, although certain Grimoire Stones also grant equipment bonuses and allow classes to use gear normally outside their purview.

As with most character customisation systems in Atlus games, it's very easy to become obsessed with Grimoire Stones and devote hours to chasing down the perfect stone. Similarly, you can also essentially ignore the system and charge through the game headlong without any major ill effects.

The characters and story at the heart of The Millennium Girl serve as the perfect ambassadors to bring the decidedly niche Etrian Odyssey franchise into the mainstream, but the same limitations that have prevented gamers from embracing the series en masse still run throughout the game.

A limited inventory system and finite number of revival items makes longer dungeon-crawling expeditions difficult, and having to warp in and out of a floor multiple times to clear up space in your bag or resurrect your Medic gets old quickly.

Still, if you're willing to be patient and meet The Millennium Girl halfway, you'll find a game experience as deep and engrossing as the Yggdrasil Labyrinth.

No matter how you play it, you'll cherish your time with The Millennium Girl - even if you occasionally find the journey to be more hassle than fun
By Matthew Diener
| Sep 23, 2013 |
3DS
Find out more about Etrian Odyssey Untold: The Millennium Girl

Hardcore corn: Farming Simulator 14 is coming to iOS and Android this November