Pocket Gamer weekly wrap-up - The one with all the previews

Hello. Hi. Welcome. Each week, we like to look back at what we've been up to in the last seven days. Mainly so we can prove that we are all productive members of society.

And then we played some video games! Ba dum tish!

But seriously: now please read all these articles or we'll be looking for new jobs on Monday. 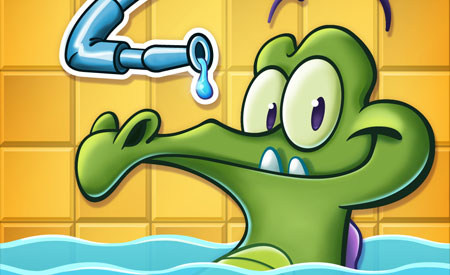 This week, we witnessed the surprise, but not surprising, launch of a free-to-play sequel to soggy Disney puzzler Where's My Water? This follow-up boasts loads of new content and some fresh ideas, but is let down by a grating energy system.

AppSpy found that you can only play nine Where's My Water? 2 levels before you have to wait (or pay), while our Harry declared the game "ruined by an overbearing and unpleasant payment system".

In more positive news, OrangePixel's Heroes of Loot is brilliant loot-hoarding fun. And by mashing up a dungeon-crawler with a twin-stick shooter, the Dutch dev "has taken the best of two gaming worlds and mixed them together to create an intoxicating brew".

We also had a crack at an oddball game about medieval jousting tournaments called Joust Legend, which earned a Bronze Award at review. And we played a spooky space station shooter called Dead Effect. Review incoming for that one.

If you just can't wait, though, you can see our first impressions of all these games - and more - in our weekly new releases video. You should probably watch it, for it takes about a billion hours to make.

It was preview week here at Pocket Gamer, it seems. Over the past seven days, we've had our hands - and, sometimes, our eyes - on some of the most anticipated mobile games around. Here's what we thought of 'em.

Infinity Blade III was the big one. We got our hands all over it and said it is "definitely going to prove a worthy ending to the series. It's simply bigger than its predecessors; polished to a fine sheen; and filled with content and story."

Free-to-play Trials: Frontier, meanwhile, has "generous checkpoints; tricky and smart level design; and the ability to restart stages quickly", but a fuel system "could leave a bitter taste in the mouth of hardcore Trials veterans".

Assassin's Creed Pirates is "essentially the sailing parts of Assassin's Creed III but in touchscreen form", while Rabbids Big Bang is a "fairly solid if ultimately unremarkable physics-based puzzler".

iPad WWI puzzler Valiant Hearts: The Great War looks beautiful and has a pitch black sense of humour. Rayman Fiesta Run is "more of the same but more of it", but watch out for pesky in-app purchases. 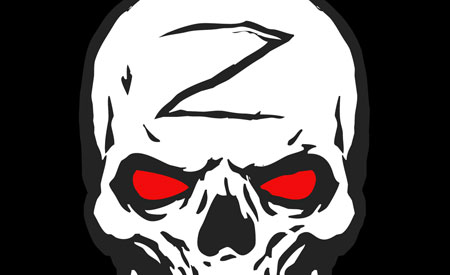 Gunner Z gets "repetitive and tiresome", though it "can still be a maniacal thrill to mow down the undead and take out drones". Fist of Awesome is "generally quite funny and is a fine little mobile brawler".

And in Pocket Planes spin-off Pocket Trains, "it's a pleasure to see your rickety old steam engine drag a car, piled high with Mapple computers, to Rome and dream about the day when your rail empire will cover the entire globe."

We also chatted to Gameloft about Asphalt 8: Airborne, and listed 25 great iPad games you can get for free.

As usual, we've gathered together some of Pocket Gamer's most popular news stories from the last seven days. You clicked on them - so, if you don't like the story, it's all your fault.

In this week's AppSpy News Wrap-Up, James talks you through the Infinity Blade III trailer, and shows you the first gameplay video from Trials Frontier, Assassin's Creed: Pirates, and Rayman Fiesta Run.

He also talks in a pirate voice for longer than is strictly necessary.

Over The Pond, 148Apps awarded its coveted Editor's Choice reviews to Ninja Cats vs. Samurai Dogs, Heroes of Loot, and Junk Jack X. Plus, the site took an in-depth look at Final Fantasy XIV, and, of course, gave its impressions of the Apple iPhone 5S and 5C announcements.

It's all at 148Apps. Check out its weekly wrap-up.

Visual novel Analogue: A Hate Story should be hitting the App Store before the end of the year