By Matthew Diener
| Sep 9, 2013
Android + iOS + Blackberry ...
|
Reaper - Tale of a Pale Swordsman
Update 11/9/13 - We emailed Hexage to ask about the iOS release of Reaper, and were told that it has been submitted to Apple and should be out soon (likely, in a matter of a few weeks). Additionally, Reaper is scheduled to come to Windows Phone 8, BlackBerry 10, the Amazon Appstore, OUYA, Mac, and Windows 8 by the end of September. The original story follows.

Your options at communication are pretty limited when you're a silent protagonist with a handful of facial expressions.

You could take up pantomime to get your point across, or you could pick up a sword the size of modest Triumph motorcycle and use it to carve your way through legions of enemies.

If you have to ask which option the black swordsman at the center of Reaper - Tale of a Pale Swordsman chose, this probably isn't the sort of game you'd be interested in. 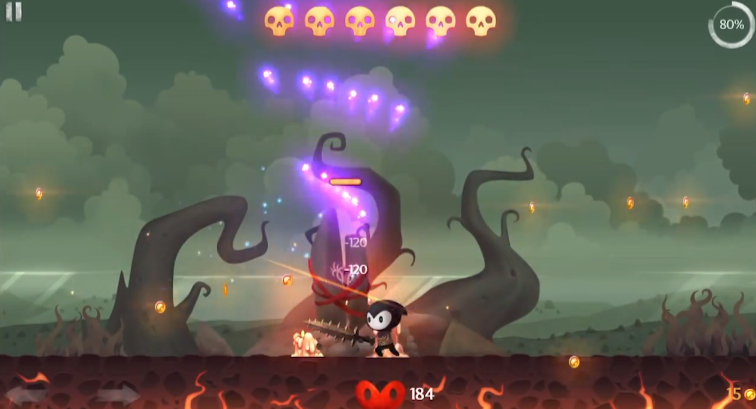 Released onto Google Play by Hexage, the team that brought you the Pocket Gamer Bronze Award-winner Radiant Defense, Reaper - Tale of a Pale Swordsman is an action RPG that's light on the RPG elements but heavy on the action.

You're able to upgrade the black swordsman's sword and armour freely as you progress through the linear storyline of the game, unleashing combos and critical hits on anyone foolish enough to stand against you.

Each decision you make influences how the story progresses, however - as does, we assume, each pile of bodies that you leave in your wake - so you can get a different experience with each playthrough.

Better still, Reaper supports HID game controllers and is free to download and try. You'll be prompted to unlock the rest of the game with a one-time purchase after you ding level 10, but the rest of Reaper is otherwise IAP-free.

Rune Factory 4 is coming to Europe, once it clears its fields and plants all of its crops

Reaper - Tale of a Pale Swordsman

Morphopolis is a gorgeous hidden object game with a difference