Allegedly leaked from Ubisoft, the image embedded below suggests that the French publisher will unveil a sequel to much-loved iOS and Android auto-runner Rayman Jungle Run on Monday.

The image was posted online by an A9VG forum member.

In the promo image, you can see logos of various Ubisoft games - some announced, like Watch Dogs and Child of Light; and some new, like Rabbids: Big Bang and Endwar Online - that will reportedly be shown at the firm's next Digital Days event.

That event is to be held on Monday, September 9th.

But the most exciting logo on display in the image below is for a game called Rayman Fiesta Run.

If this image is real (and Pocket Gamer has strong reasons to believe that it is), you should expect Ubi to unveil a new Rayman platformer next week.

We will, of course, let you know. 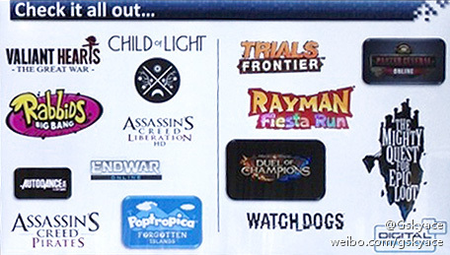