It seems like only yesterday that Sony launched its water-resistant Xperia Z, with 13-megapixel camera, quad-core processor and a 5-inch full-HD screen.

In fact, little over six months later, Sony is already releasing its successor, the Xperia Z1.

Most of the changes appear to be to keep one step ahead of the Samsung Galaxy S4 and HTC One, with the basic look and feel almost unchanged.

I managed to get my hands-on with one yesterday at Campus Party Europe, sponsored by Sony, and here are my first impressions. 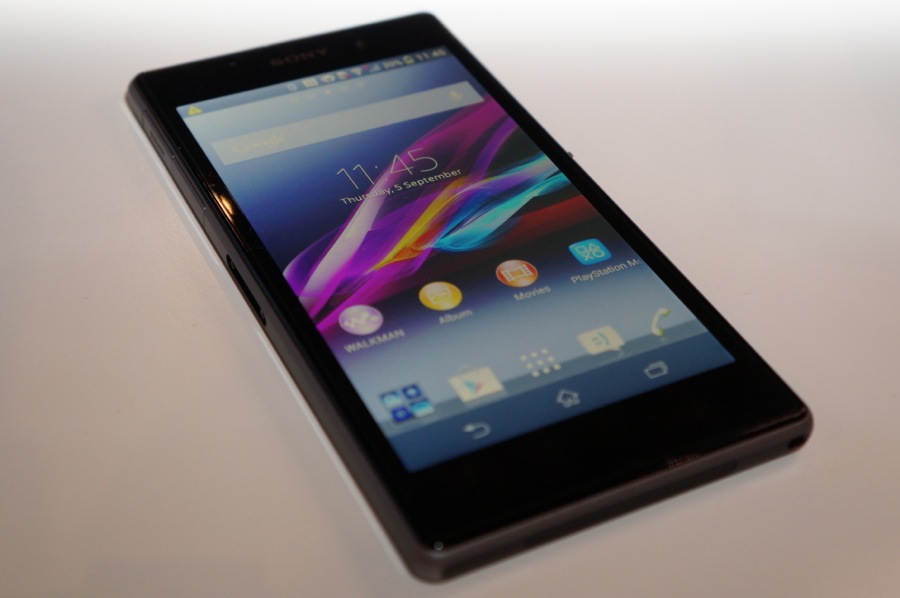 At this stage you must be thinking I'm mad. Look at the photo below (with the Xperia Z on top) and clearly it's smaller than the Z1, and of course it is.

But, most of the time you won't have an Xperia Z to hand. When you hold a Z1, its more rounded edges makes it feel thinner. Because of that small extra height and width, you get the illusion that it's thinner.

Of course, in your pocket, it's going to take up a bit more room and weigh you down that bit more, but with a 3,000mAh battery inside it's a small price to pay for a phone that should last a fair bit longer. 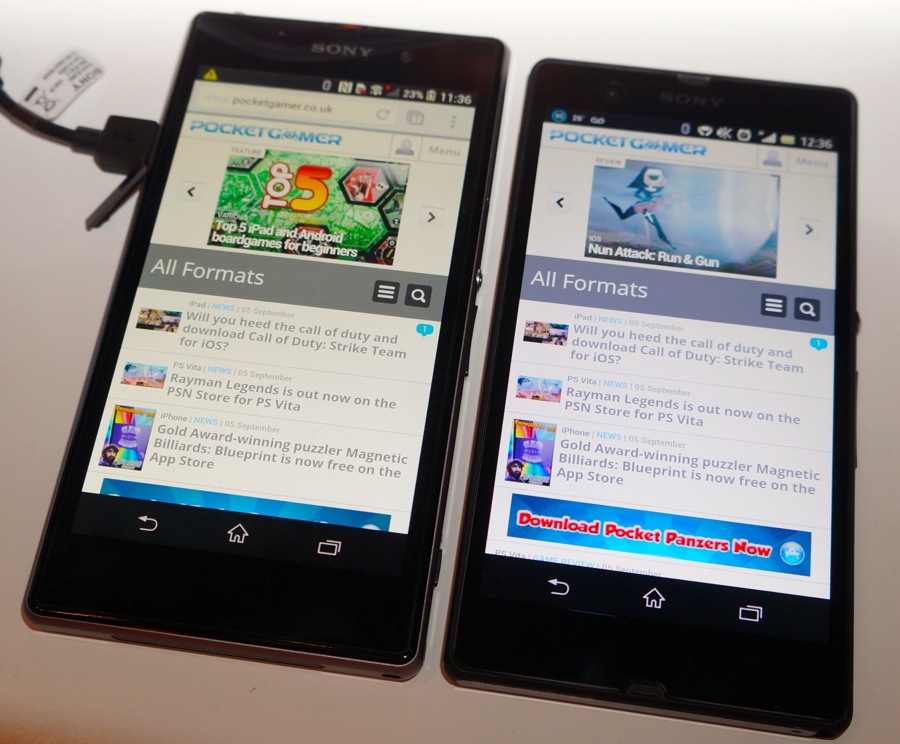 Other changes include improved water proofing, giving it a slightly higher rating than the original phone. The headphone socket no longer has a cover, making it easier to connect headphones, while the charging pins are retained to work with an optional dock (thus saving you from having to keep removing another cover to connect the charger).

The LED notification light is also now a more subtle strip of light just at the top of the phone.

There's also a bigger speaker on the base of the phone, which should provide a bit more 'oomph' to your sound, but when I put the phone on full volume it quickly became apparent that it's still not up there with HTC's incredible BoomSound speakers.

To keep ahead of the pack, Sony has included Qualcomm's newest Snapdragon 800 quad-core CPU clocked at 2.2GHz, and an Adreno 330 GPU that's stated as being 50% faster than in the previous iteration. There's 2GB of RAM too, although that's fairly standard.

I couldn't put any of its gaming potential to the test, but there's no doubting that Snapdragon 800 is going to be rule the roost for some time to come.

Whatever the competition decides to throw up against Sony, such as LG's G2 or the forthcoming Samsung Galaxy Note 3 (clocked slightly higher at 2.3GHz), the Xperia Z1 should still remain in the top ten lists of best performers for some time to come.

Additionally for gamers, there's support for Sony's PlayStation Mobile store, easy pairing with a Dual Shock 3 controller (for compatible games, which are growing gradually in part thanks to the likes of Ouya and Nvidia's Shield), and both HDMI output and Miracast support.

Use the latter and you can enjoy games on your TV without any wires at all!

To keep you hooked up to the net, the Z1 also has support for the next generation of 4G, with speeds of up to 150Mbit down (50Mb up), while at home you're ready for the next-generation 802.11ac wireless networks. 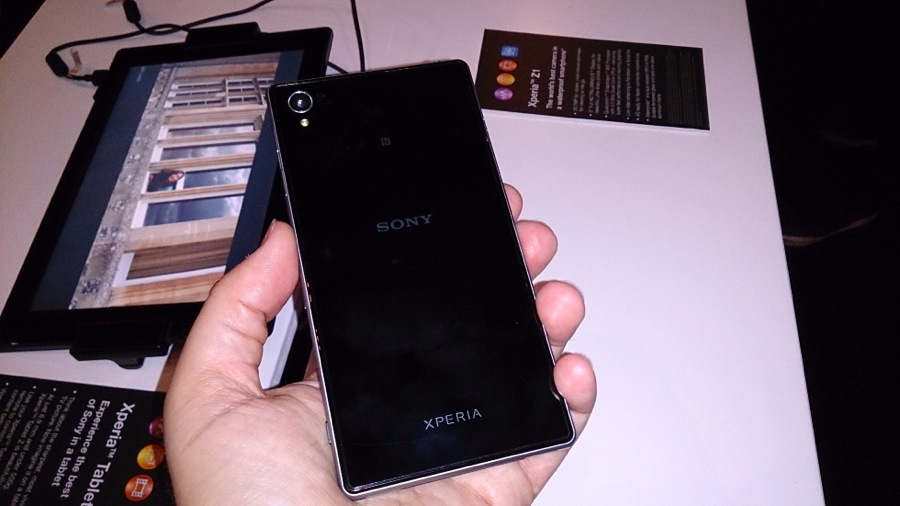 Sony must have taken the threat of Nokia's Lumia 1020 seriously, prompting it to take a new look at its own mobile cameras. Not only does the phone now get a 20.7-megapixel 1/2.3 CMOS sensor with Sony's BIONZ image processing, but the company also released two new attachable lenses – the DSC-QX10 and QX100.

Think of a Sony camera, with the viewfinder removed, and you're almost there. However, these innovative camera attachments – offering a level of quality not offered on any phone – will work with a range of phones and tablets running Android and iOS. 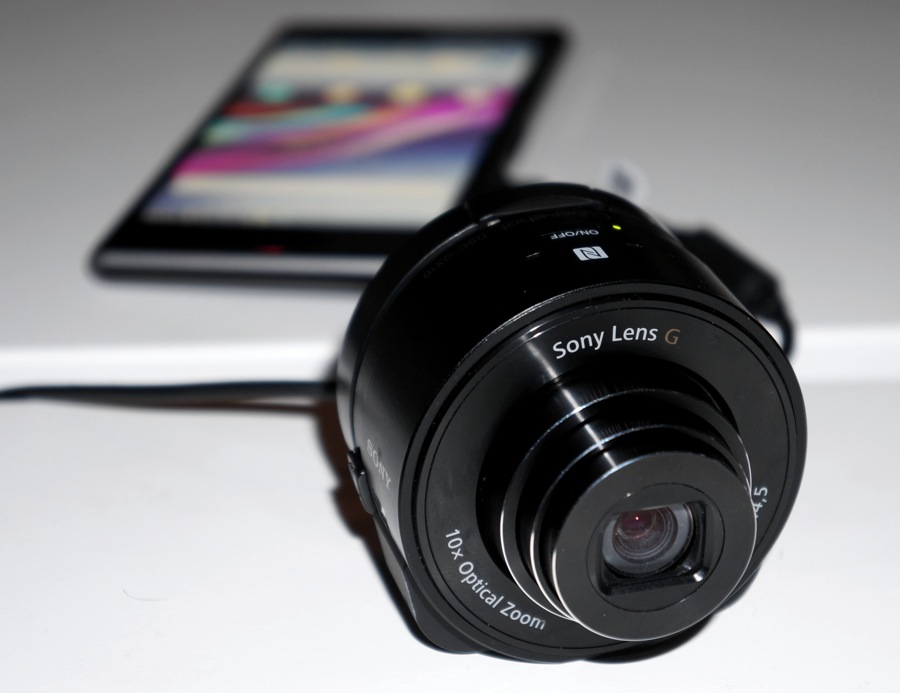 But, back to the main camera, and Sony has included a dedicated camera key so sorely missed on the original Z, and a new Timeshift Burst mode that captures 61 shots in two seconds. That's 30 seconds before you pressed the button, one as you did and 30 more afterwards.

Assuming you don't point the camera at the floor, even the worst photographer should be able to get a good picture with that lot. 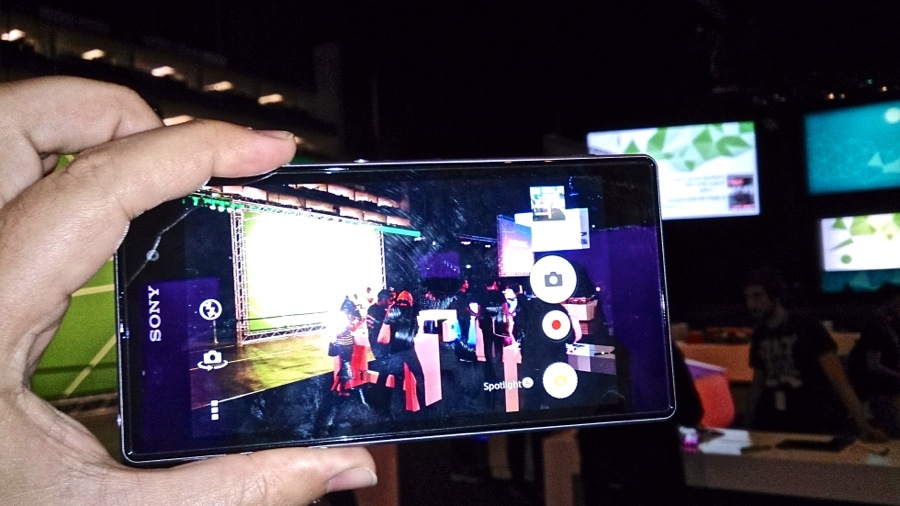 The camera is now easy to fire up from standby, or at any other time - even when underwater, but judging the image quality will have to wait for our full review. A few shots I managed to take in the dimly lit venue did show promise, which is good news.

As mentioned in our review, the Xperia Z was picked on by some for having a screen that didn't have the widest viewing angle - leading to washed out colours when titled.

Despite the counter argument that most of the time you'll be viewing head-on, Sony has stopped it being an issue with its latest 5-inch Triluminos display (1080x1920 pixels), with X-Reality for mobile replacing the Mobile BRAVIA Engine, to further enhance the saturation and contrast.

And the phone itself?

Having now addressed all of the new features, what does the phone additionally bring to the table in terms of user experience improvements over earlier models? Well, in all honesty, not very much at all.

Sony has changed many of its own screens to have a white background and grey text. A few icons have changed, and the launcher now has the slide-in panels featuring on most new Android apps.

But, besides a couple of new themes, it doesn't look a lot different to any other Xperia smartphone released this year.

What's more, when Android 4.3 rolls out, the new look and a lot of new features, such as the new camera interface, are expected to be rolled out to older models.

Part of the strength of an Xperia device is the lack of heavy customisation, however. If you want to have something akin to, say, HTC's BlinkFeed, you'll have to just search out a third-party app instead. 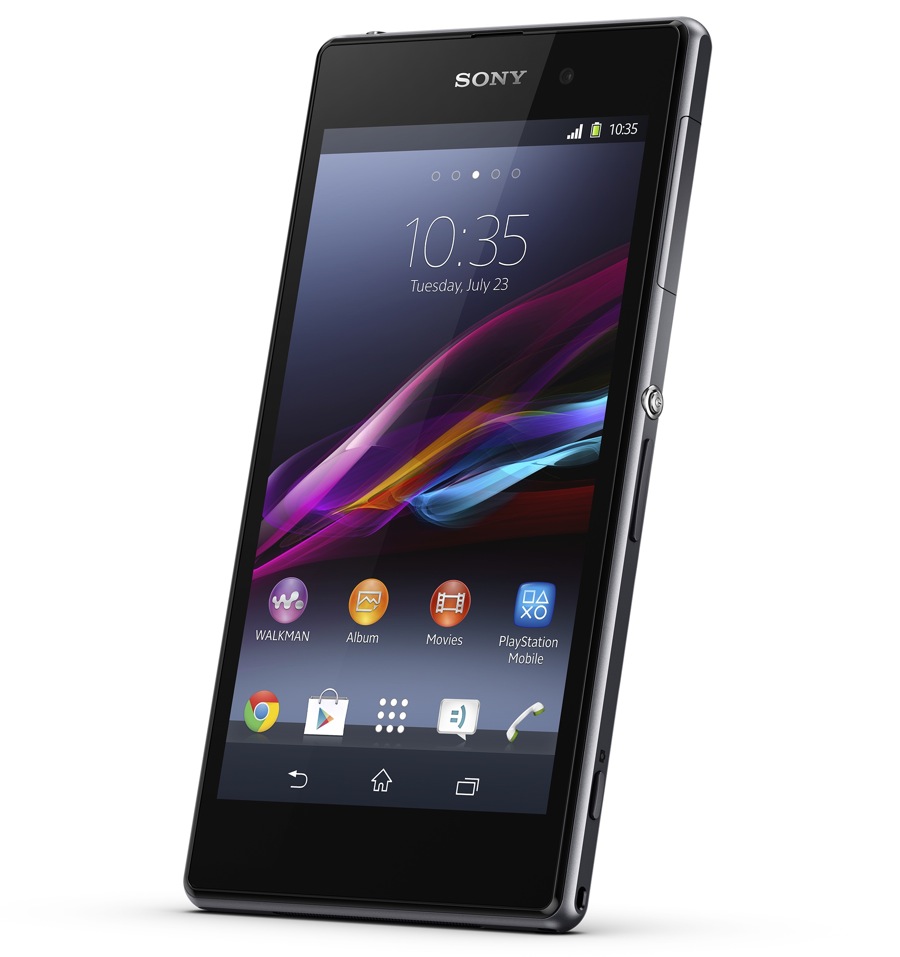 Is the Xperia Z1 looking like a flagship that Sony should be proud of? Absolutely. Is it something that an existing Xperia Z owner should rush out and buy, having now realised that their top-of-the-range pride and joy is no longer the flagship? Probably not.

The Z1 is more like an iPhone 4S to the iPhone 4. And just as with an iPhone, if you were looking to buy a phone today, you'd be best advised to go for the newest model.

Meanwhile, existing Xperia Z owners would likely wait and see what Sony will be unveiling at CES 2014 next January. Rumours suggest this could be a smaller version of the Z1, a 'Z1 mini' if you will.

Of course, waiting for our full review would be a rather wise thing to do - but for now, here's a short video of the phone in use.

The Legend of Heroes: Trails in the Sky SC, sequel to Gold Award-winning RPG, announced for PS Vita

Win a Xperia Z1 and a Sony SmartWatch 2