By Harry Slater
| Sep 9, 2013
iOS + Android
Updated on September 9th, at 12:50: The votes have been counted up by our crack team of abacus-wielding mathematicians, and this week's winner is 2K Drive.

It's the only game of this week's selection of nominees that isn't about intentionally killing people. Oh, and it features lots and lots of shiny cars. Lots of them.

You can drive them around lots of real-world locations, too, and compete against your friends in a series of multiplayer events.

There are loads of stars to earn and upgrades to buy for your super-powered racing machines in 2K Drive. 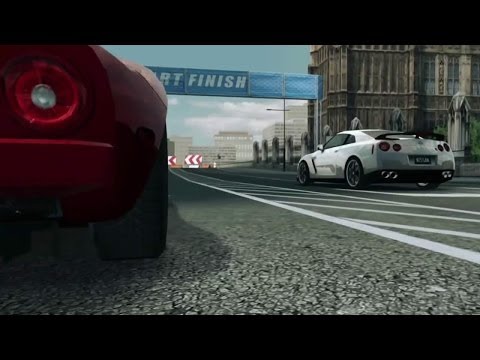 Every week, thousands of new games hit the iOS App Store and Google Play on Android. Trying to find the diamonds in the rough is no easy task, let us assure you.

We like to think we do a pretty good job with our news articles, mid-week round-ups, expert reviews, and comprehensive features, mind.

But, now we want to know what YOU think.

Today, we're going to ask you to pick the best game that was released on iOS and Android from the past week (from the nominations below), and then we'll announce the winner in a glamorous article next Monday.

There are loads of places to vote. Leave a comment at the bottom of this article; answer the poll on Facebook; or harangue a few famous literary figures until two of them agree to write your selection into their next bestsellers.

Godfire: Rise of Prometheus is a high-end Unreal-powered action-adventure with visually breathtaking graphics