After a stealth incursion last night in which no casualties were taken, ARMA Tactics sneaked its way from Android over to the App Store.

Bohemia Interactive's title is a turn-based skirmish game in which you lead a crack squad of soldiers deep behind enemy lines to complete the missions no one else can.

There's no hand holding here. You're dropped into a war zone and you're left to figure out the best way to finish the mission you've been given. 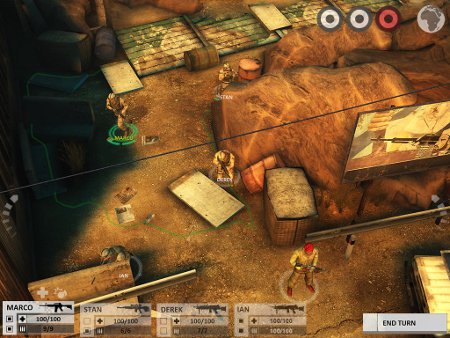 The open nature of the combat means the story missions are eminently replayable, while randomly generated challenge missions will make sure there's always a fresh way for you to take down tangos.

As well as hitting the App Store, ARMA Tactics is now available for non-Tegra powered Android devices. So, it's ARMA for everyone.

Incoming! The most exciting 3DS and PS Vita games for September 2013

Censorship, language, and the triumph of wit - 6 questions for Neven Mrgan on Blackbar