It's all about the journey

I feel a certain amount of shame for never having played an Etrian Odyssey game before.

As both a hardcore JRPG fan and a handheld gaming enthusiast, I recognize that this is a pretty big gap in my gaming history - so I was pretty excited when Etrian Odyssey Untold: Millennium Girl landed in my review queue.

A few friends are diehard EO fans, so I figured there had to be something behind the franchises' appeal. While I might not have found the same 'something' that's earned Etrian Odyssey a fanatically loyal fanbase, I've found Millennium Girl to be far more welcoming than I expected.

From the outset, Millennium Girl gives you plenty of input into what sort of experience you'll receive from it.

Do you want a traditional, first-person dungeon crawl with characters of your own making? Go for classic mode. Would you rather play through the game with a cast of developed, quirky, and lovable characters? If so, it's story mode for you.

Once you've decided on the type of game you want, Millennium Girl provides you with a host of other gameplay tweaks to make sure the game is to your liking.

The usual focus on dungeon crawling and map making both return in Millennium Girl and while this might alienate some casual players, Atlus wisely introduced new 'Picnic' and 'Standard' difficulty modes to make the game experience more friendly to newcomers.

If you find Picnic's too easy or think Expert's too much of a slog, you can freely switch between difficulty settings as you play. 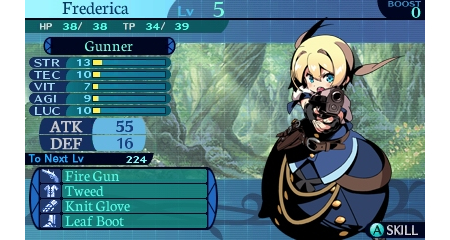 Similarly, if questing along to the new orchestral arrangements of Yuzo Koshiro's original soundtrack doesn't put you in an adventuring mood, you can switch to the original synthesized background music at any time.

It's as if Millennium Girl is going out of its way to make you feel welcome in its world, and I'm perfectly ok with that.

By far, the most pleasant surprise I've encountered in Millennium Girl has been the characters and their interactions with one another.

From the opening cinematic, Madhouse Studios (of Trigun, Death Note, and Persona 4 fame) infuses each character with a compelling amount of personality in the animated cutscenes.

As the game progresses, these characters - unthinkably absent from the original game - inject their personalities into the most mundane of encounters and make each trip through the labyrinth more enjoyable. 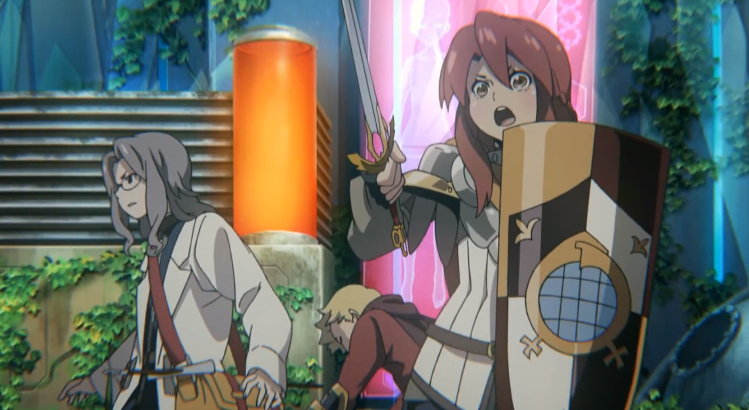 While the voice acting behind each of the characters is truly excellent (the casting of Todd Haberkorn is always welcome), it's the organic and natural dialog that really pulls you into the story.

When a character falls in battle - thanks for that, surprise Reaping Shades on floor three - another character might yell out their name in shock and alarm.

It's seemingly trivial, but completely natural, touches like these that transform the cast of anime archetypes into a group of people that you could see yourself hanging out with.

These characters are needed to those unfamiliar with Etrian Odyssey, as the thought of slogging through floor after floor of the labyrinth can discourage even the most ardent of the hardcore RPG fanbase from time to time.

Yet with these characters and their quirks, each outing becomes a chance to learn more about them and their relationships with one another.
You might get some strange looks from the hardcore EO faithful when you say you played through Millennium Girl for the characters but, as pre-smartphone roadtrips once proved, arguing over a map is way more fun with friends.

This Is Not a Test: A Post-Apocalyptic Prequel