Out at midnight - Harness the power of the war elephant in Ancient Battle: Rome

Tank Battle: North Africa creators Hunted Cow Studios and HexWar have got another hex-based strategy war game up their sleeves.

This one's called Ancient Battle: Rome, and it's out at midnight.

The game features two major campaigns, starring famous Roman blokes Julius Caesar and Pompey the Great. The two campaigns are set in Gaul and Italy. Each campaign features eight battles between Rome and its many enemies.

You can also purchase a pair of extra campaigns: one featuring the invasion of Britannia, where Queen Boudicca died at the battle of Verulamium; and the Roman massacre in Teutoburger Wald in Germania. Those are 69p / 99c each. 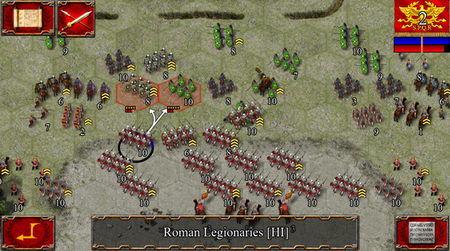 Whatever the circumstances, you'll get to command 30 different units, including Roman legionaries, elephants, catapults, archers, slingers, fanatics, and chariots.

The game's also got a new feature called "Combat Analysis" to help new players learn the basics and to help veterans maximise their strategy. Sounds handy. 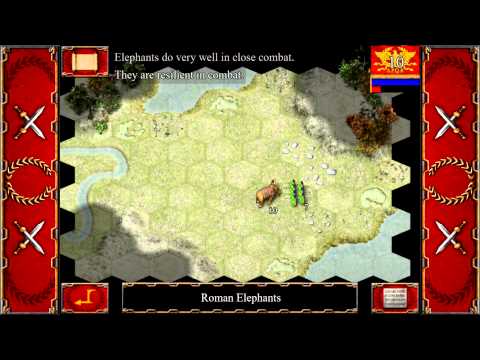 Two more historical campaigns are planned: one against Mithridates the Great in Pontus, and one where a whole Roman army perished in the desert.

You'll get to play with cataphracts, scythed chariots, and the Greek Pike Phalanx.

Train yourself to let go of everything you fear to lose