Plus, classic Red and Blue starters to appear

Nintendo has unveiled a paid subscription service for upcoming RPGs Pokemon X and Y that will enable you to store your critters in the cloud and transfer monsters with past and future games.

It's called Pokemon Bank, and it will be a paid service with an annual fee. No price has been announced yet.

With Pokemon Bank, you'll be able to store up to 3,000 different Pokemon on the web. You'll be able to search through your critters by their name or their attributes. You can then transfer them back to your 3DS.

You will also be able to store your pocket monsters from DS games Pokemon Black & White and Black 2 & White 2 using another app called Poke Transporter. You can then use Bank to send those legacy monsters to X and Y. 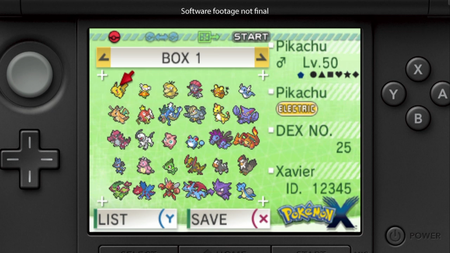 Bank will be available from the eShop later this year. Nintendo says that Bank will work with future Pokemon titles, too.

The games' developers also revealed that classic Pokemon Red and Blue starters Bulbasaur, Charmander, and Squirtle will appear in the games. And they'll have all those fancy new Mega Evolutions, too. 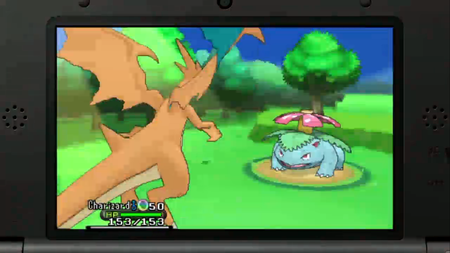 Pokemon X and Y are out worldwide on 3DS on October 12th. We are jolly excited.