Will launch it as a premium app

We've seen a lot of our favourite games and franchises turned into free-to-play experiences over the last few months.

It's still rare to see the opposite happen, though. That is to say, few games are converted from free experiences into paid ones.

But slick iOS racing game 2K Drive - which comes from the ex-Project Gotham Racing developers at Lucid Games - is one of those oddities.

While the game was available as a free-to-play app during its 'soft launch' phase, Lucid Games has told PocketGamer.fr that 2K Drive will be a paid app when it debuts worldwide later this year.

We've confirmed the news with the game's producer. 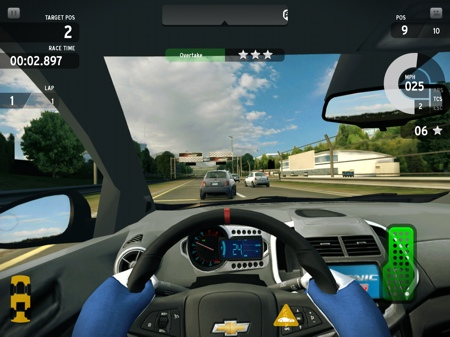 We played 2K Drive back in June, and thought it was a solid and handsome little racer. We did think it was utterly "swamped in free-to-play shenanigans", mind.

It was like Real Racing 3 but in sixth gear. You could use real cash to pay for boosts, upgrades, repairs, new cars, cosmetic changes, and even petrol. Everything was for sale.

Now, the game will be launched as a paid app. We don't know if it will still carry in-app purchases. We've asked Lucid for clarification, and will let you know if the studio gets back to us.

In the firm's latest dev diary, we were introduced to RaceFace, where you can take a photo of your gurning mug and slap your terrifying fizzog on your racer's head. See it in action below.