So you've taken the time to digest our Nvidia Shield review, you've plumped up the courage (and the cash) to import one from the States and you're patiently waiting for it to arrive.

So you're probably wondering what games you'll download first. Allow us to help, with our collection of the ten best games for the fledgling system.

This is a selection of top-notch titles that show off the console's gaming controls, and some good, old-fashioned entertainment to sweeten the deal. 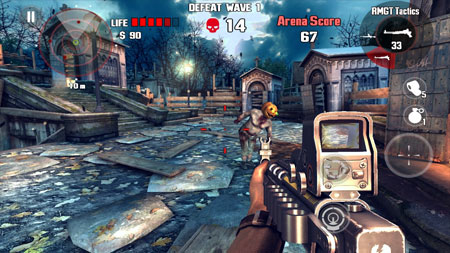 Madfinger's free to play zombie-blasting epic has been a mobile classic for months now, thanks to its stunning visuals, tight gameplay and clever use of IAP.

Dead Trigger was a lot of fun on a tablet or phone, but it's even better when fused with the Shield's physical controls.

Movement is mapped to the twin analogue sticks, with iron sights and firing controlled by the left and right triggers - just the sort of arrangement you'd expect if you're a seasoned veteran of Call of Duty on the Xbox 360.

The precision and accuracy afforded by this setup means you can be a lot more skilful with your shooting. 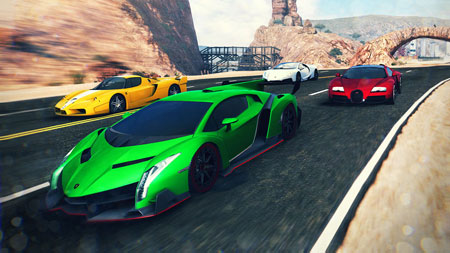 Gameloft's signature racing series takes to the air with this latest instalment, which has a strong focus on performing stunts while your car has all four wheels off the ground.

The game offers robust Shield support, and there's even a custom control layout screen that shows which of the console's buttons perform which action.

The analogue steering takes a bit of getting used to - largely due to the wacky drift mechanic used in the game - but once you find that sweet spot, Asphalt 8 quickly becomes a firm favourite and shows how smartphone games can be enhanced by those physical controls.

Hopefully Gameloft will include Shield support in all of its future titles. 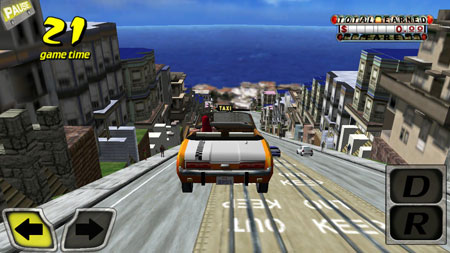 Recently patched to include support for the Shield, Crazy Taxi is perfectly suited for Nvidia's handheld. The physical buttons make those "crazy boost" starts even easier to execute, and the analogue control means you can steer in and out of oncoming traffic with a greater degree of precision.

The basic arcade mode is addictive enough, but this version also includes the bonus modes first seen in the Dreamcast home conversion.

A must-have - hopefully Sega will add Shield support to Jet Set Radio and After Burner Climax next. 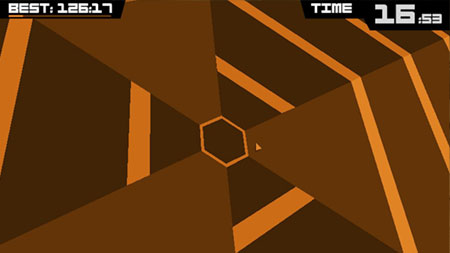 You might assume that Super Hexagon wouldn't really benefit that much from the introduction of a physical interface, as you only need to tap the screen on the left or right side to control the rotating action of the game.

However, playing Terry Cavanagh's trance-like epic on the d-pad makes it feel like a very different experience - the tactile response given by the pad makes it easier to perform quick changes of rotational direction.

Our own personal scores have improved as a result, which should be proof enough of the game's superior performance on the Shield. 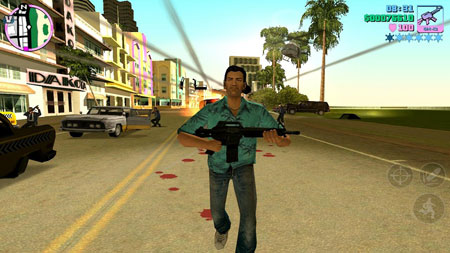 It was hard to choose between this and prequel Grand Theft Auto III, but the awesome '80s soundtrack swung it.

Both games support the Shield's controls, automatically mapping all of the commands to the relevant buttons. Although both titles were perfectly enjoyable on a touchscreen, they were intended to played with a proper pad - and Nvidia's physical control arrangement allows them to unlock their true potential.

Shadowgun
By Madfinger - buy on Android 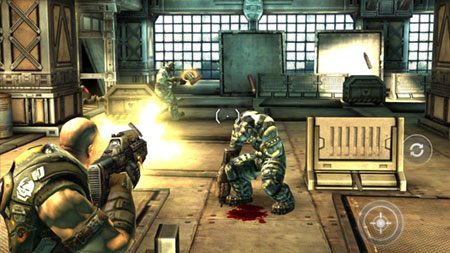 Granted, Madfinger's Gears of War clone is seriously lacking when it comes to originality, but it sure looks pretty.

Optimized to make the most of the Tegra chipset, Shadowgun THD features some beautiful graphical effects - but what's most impressive is how the Shield's controls enrich the overall experience.

Everything from jumping into cover and aiming for the perfect shot is improved dramatically, so much so that it's genuinely hard to switch back to the touch-screen controls afterwards. Shadowgun was always screaming out for a decent physical interface - how it has one that it deserves. 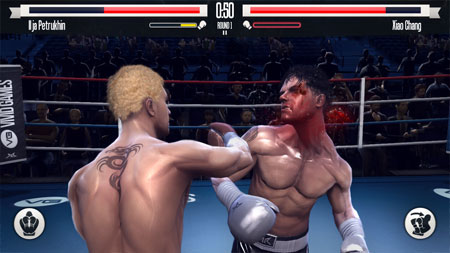 Running on the powerful Unreal Engine, Real Boxing is a feast for the eyeballs.

And with the Shield's gaming set-up, the pugilistic visuals are accompanied by some excellent controls, allowing you to be more accurate with your uppercuts and time your guards to perfection. 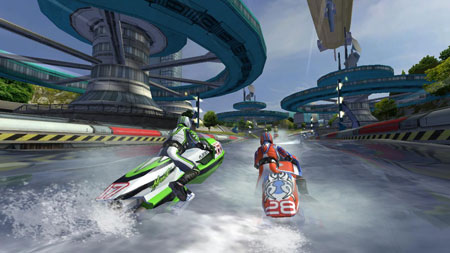 It's impossible to play Riptide GP 2 without thinking about Nintendo's classic N64 title Wave Race, but this smartphone outing is a competent game in its own right.

Support for the Tegra chipset allows for some truly impressive water effects - including drops of liquid running down the screen - but it's the inclusion of physical controls which takes this to the next level, making the stunt work much easier to stomach. 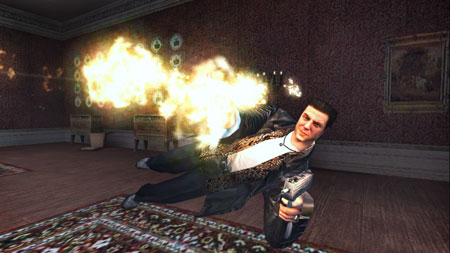 It's the tragic story of a cop with a permanent grimace, but Max Payne will always been known as the video game which popularised bullet time.

Payne's move to mobile devices was impressive, but marred slightly by the occasionally stodgy touchscreen controls. Needless to say, it plays like a dream on the Shield, making each John Woo-style diving shot feel much more assured.

The Shield's powerful processor also means that this graphically demanding experience ticks along very nicely indeed, thank you very much. 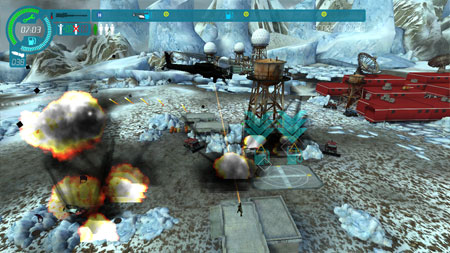 A bombastic update of the classic side-scrolling action title from many moons ago, Choplifter HD is one of a new breed of Android titles which is happy to heavily promote its support for the Shield.

While the game does occasionally descend into '80s action movie territory, the explosive gameplay works brilliantly with the Shield's analogue control and physical keys - it's certainly a massive improvement over the touchscreen interface

PG.biz Week That Was: Nintendo baffles us with the 2DS, Unity turns publisher, and Asphalt 8 analyzed