Wikipad Inc. has finally confirmed a UK price and release date for its Android-powered Wikipad console.

UK citizens will be able to get their hands on this mash-up of tablet and controller on September 28th. And it'll set UK consumers back £249.99.

For that outlay, you get a 7-inch tablet with 16GB of internal memory and a Tegra 3 processor. The Wikipad tab also boasts an SD card slot (to add up to 32GB of extra memory) and an HDMI out so you can attach the tablet to your TV.

Furthermore, you get a controller cradle into which the tablet slots. It's got a variety of buttons, analogue sticks, and triggers, thus turning your tablet into a reasonably portable gaming console. 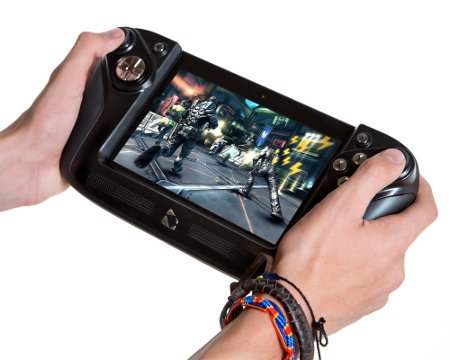 As well as being able to play games from the Google Play Store on your Wikipad, you'll be able to grab titles from the TegraZone and download PlayStation Mobile games.

Not all 'droid games support the controller, though. You can see a list of the ones the Wikipad team has extensively tested by clicking here.

With Wikipad facing stiff competition from the upcoming Nvidia Shield and being sold at a price point that's somewhere between an iPad's RRP and a Vita's RRP, it'll be interesting to see if Wikipad finds an audience in the UK when it surfaces next month.