Jordan Mechner might be best known for the Prince of Persia series, but he's also responsible for The Last Express, one of the finest adventure games of the '90s.

And almost a year after it pulled into the App Store, the revamped touchscreen version of The Last Express is now available on Google Play.

Set on the Orient Express in 1914, the game is a mystery full of murdered men, European aristocrats, and the ever-present chug of a steam engine. 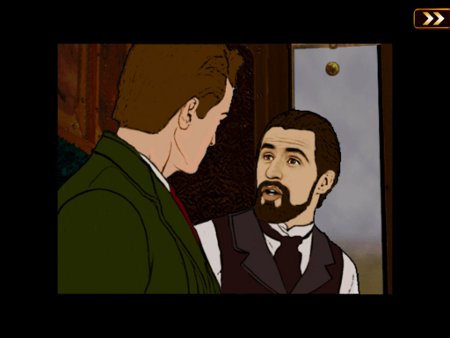 Featuring a cast of over 30 intriguing characters who all wander around the train independently of your actions, the game is a dynamic adventure. This means that the order in which you perform the tasks you're set has a tangible effect on the story.

The Last Express on Android also looks gorgeous. And if you get stuck, there's a clever three-tiered hint system available that's been designed specifically for mobile.

We gave the iOS version of the game a Silver Award, calling it "a brilliant point-and-click adventure that's let down by its pointing and clicking". We also said, though, that "The Last Express is still worthy of your undivided attention".

You can grab The Last Express from the Google Play Store right now for £3.00. And if you like point-and-click adventures, you probably should.

European launch of Rayman Legends for Vita slips into September

What IS Angry Birds Go??