Updated on August 29th, at 17:20: The update is now live You can access Viewtiful Joe from the shop, and he won't cost you a penny.

The update also adds Lester, from legendary French adventure Another World. His skin is available from the shop for free, too.

In one of the more bizarre crossover events in recent memory, Capcom's beloved superhero Viewtiful Joe will be a playable character in an upcoming update to mobile brawler Combo Crew.

Combo Crew, if you haven't played it, is a beat-'em-up with a gesture-driven control scheme that works wonders on touchscreens.

In our review, we said: "A frantic beat-'em-up that fuses a retro sensibility with modern touchscreen controls, Combo Crew is an often brilliant, always entertaining way to punch some goons in the face."

And Viewtiful Joe is the hero of a series of cult classic and underappreciated Capcom games, which started life on GameCube. Pocket gamers got Red Hot Rumble on PSP, and Double Trouble on DS. 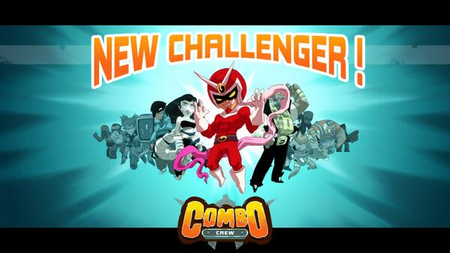 Joe will appear in Combo Crew's next update on iOS and Android, which we hear will be out sometime later this week. We'll let you know.

Who is the mysterious Capcom character set to kick ass in arcade beat-'em-up Combo Crew?