Upgrade from Monopoly to Neuroshima Hex

If the term 'boardgame' makes you think of Monopoly or Life or any one of a hundred turgid passports to tedium that parents see fit to inflict on children in the name of entertainment at Xmas, it's time you took a look at some more modern boardgames.

Contemporary boardgames are fast, lean, challenging, and brilliant fun. And many of them are available on your tablet, meaning you can save yourself the effort of rounding up your friends every other day by playing asynchronously.

And if you've got no friends at all, you can always play against the AI.

Some of the big-name titles in the genre - like Agricola and Eclipse - can be intimidatingly complex. But skip mobile boardgames because you're scared of a 20-sided die roll, and you'll be missing out on some stellar experiences.

So, here are five cheap, accessible, and thrilling boardgame suggestions that you can play online or face-to-face. Just to get you started.

Summoner Wars
By Playdek - buy on iPhone and iPad 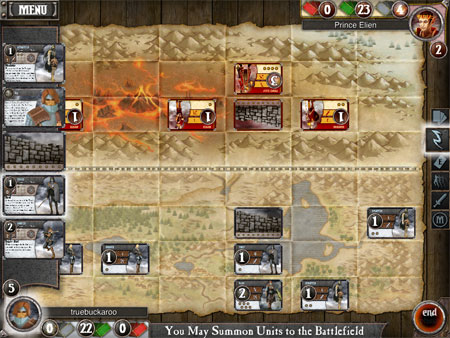 Now, imagine that your Magic deck consisted mainly of creatures to summon. Oh, and instead of sitting motionless and occasionally being turned sideways, said creatures actually fought in proper tactical combat on a board.

That's Summoner Wars in a nutshell.

You only get one deck for your 69p (the brutal but fragile Phoenix Elves), but you can purchase a diverse selection of very different factions, like the sneaky Cloaks or the repellently numerous Cave Goblins. Plus, you can purchase extra cards to customise your decks.

And you WILL probably end up buying them, because this is a brilliant two-player experience where the balance is just right between tactics and chaos. 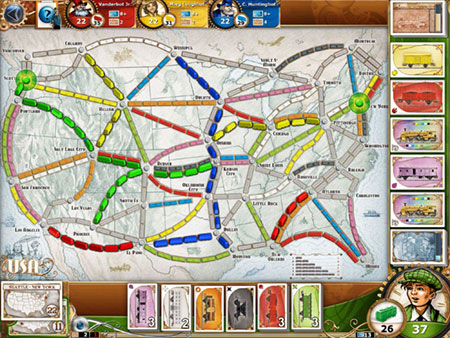 This might look like a trainspotter's wet dream, but it's actually a train-themed variant on the card game rummy. You know the one: players race to collect the highest-scoring sets of cards.

The genius here is that Days of Wonder has added a board and made you trade in your sets to claim train routes. But everyone wants to be first to get the big main line tracks, so it's turned into a seething snake pit of tension and resentment as you block one another off the best spaces.

To add to the acrimony, every player has specific hidden routes it needs to complete. Most of these, naturally, encourage people to fight over the same key board areas.

Up to five friends can end up at one another's throats in around an hour. Those sick of US cultural imperialism might prefer the marginally more complex European version of Ticket to Ride. 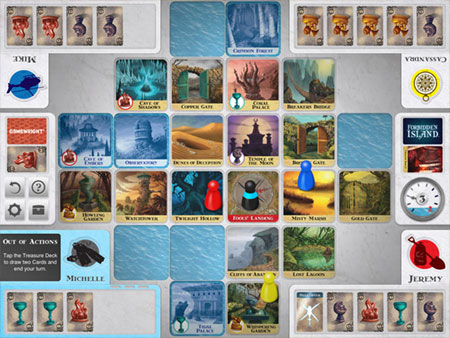 If you're the sort of wimp who'd rather build relationships than destroy them, try this co-operative title where everyone works together to defeat the game.

Players triumph or fail as a group, making it a great family activity for petulant bad losers of any age. Two to four people spend under half an hour pooling resources and skills to steal four treasures from a mysterious island and escape.

The catch is that the spaces on the island are prone to flooding and then sinking, gradually making the board harder to navigate.

I'm not convinced about how much strategy there actually is required here. But as the waters and the tension rise around your ears, you'll cease caring in your desperate bid to plunder and flee before everyone drowns. 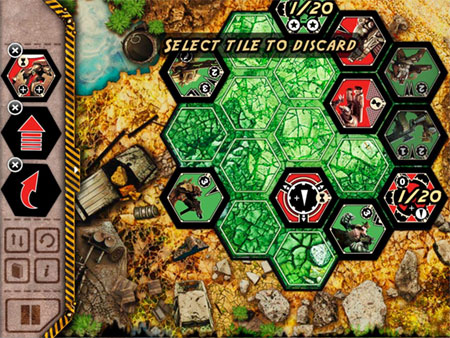 The theme of Neuroshima Hex - militaristic factions fighting for control of a post-apocalyptic future - is second only to zombies in terms of overuse in modern times.

The game itself, however, is startlingly original. Here is a peculiar mixture of abstract strategy and appalling violence in which you accumulate minions that are all jostling for position to attack and hopefully kill an enemy HQ.

Pieces are gradually built up on a hex board. These pieces rarely move, but they project a variety of ranged and melee attacks in specific directions. Nobody actually fights until someone plays a fight tile. Then, everything kicks off, resulting in sudden mass carnage.

It scales from two to four players and takes about 30 minutes of real time to complete, but the relatively static nature of the board makes it great for asynchronous games. 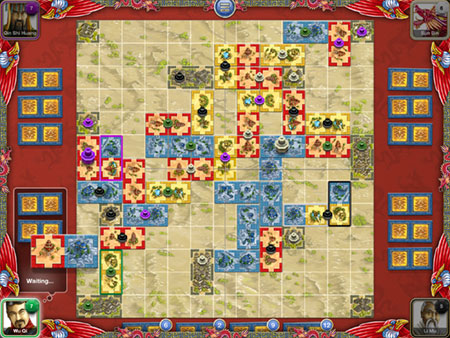 The original boardgame inspiration for Qin is by prolific German designer Reiner Knizia, though it's not counted among his best efforts.

But this digital adaptation is so slick and gorgeous that it makes up for any shortcomings in the base game.

Players take turns laying domino-like coloured pieces, trying to make and claim groups of two or more matching hues. You then attempt to build even bigger groups so that you can take over your opponent's adjacent territory.

Saying that, you ARE aiming to empty your pool of control markers to win (and only two can sit on one area), so there's this constant tension between building big and diversifying.

Qin is easy to learn, over in a short space of time, but offers some solid strategy to work your brain.