Square Enix's Gold Award-winning action RPG The World Ends with You: Solo Remix is currently on sale, at half the cost of its original price tag.

The game is set in Tokyo's Shibuya district, and follows a spiky-haired teen called Neku who gets 'invited' to participate in a seven-day gauntlet against some otherworldly baddies.

You'll need to beat up monsters, make some new pals, collect magical badges, and wander the streets of Shibuya to survive this week-long battle. Along the way, you'll hopefully figure out who is behind this twisted event. 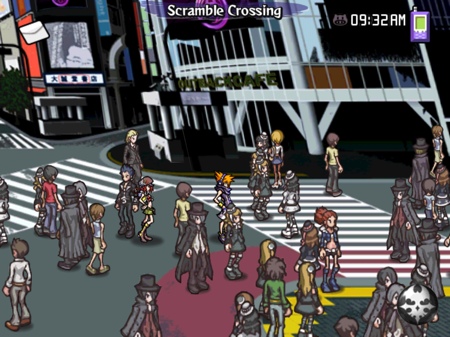 This iOS remake has a touchscreen-friendly control system, new Retina-quality art, some remixed songs on the soundtrack, Twitter functionality, and the ability to wirelessly exchange profiles with other players.

In our review, we said "as brash and carefree as some of its protagonists, The World Ends with You: Solo Remix doesn't make a seamless translation to iOS, but it's worth the entry price all the same".