Engage in some electrifying bullet-hell battles in Teslapunk for free

Anything becomes stylish once you add the suffix 'punk' to it. It's a fact. Trust me.

Apparently, "teslapunk" is the latest cyberpunk derivative to go mainstream.

And you can blame that almost entirely on first-time game developer Thorsten Fleisch.

You see, Fleisch has decorated the backdrops of his bullet-hell vertical shmup Teslapunk with collages of photographs and illustrations from this 'new' genre of speculative fiction.

The shots of electricity you see in the game are real. Fleisch developed a method of capturing high-voltage discharges on photo paper. Crikey, he's as mad as Nikola Tesla himself.

The tactile and grimy aesthetic complements the game's story nicely. You play the aforementioned scientist and inventor Tesla, who's forced to stop Dr Mabuse from installing his empire of crime. 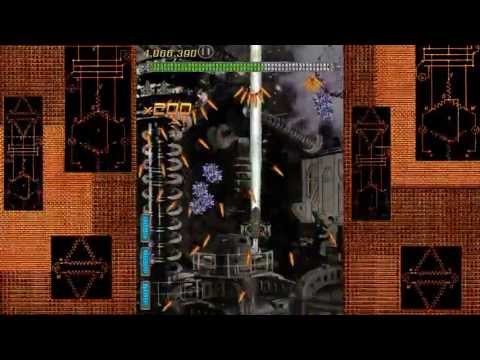 Fortunately for the world, Telsa invented a Death-Ray, strapped it to a ship, and decided to head off to eliminate Mabuse's macabre machines.

Teslapunk boasts two different gameplay modes. In Survival, you blast through waves of menacing machines until your firepower is too weak. By collecting coins from fallen foes, you can spend money on upgrades.

The Arcade mode is arguably the most entertaining mode, though. Here, you encounter four levels (with more to come) of fairly traditional bullet dodging and ship blasting.

The difficulty is ramped up between each level through the addition of static blockades; tougher and more evasive enemies; and an increasing scrolling speed.

Luckily, your enemies drop voltage cubes, which you can use to charge up your Voltage Burst. Activated with two fingers, this Burst carves through enemies with ease.

The boss fights are where it's at, though. Making full use of the screen, you have to engage in a death dance with the behemoth beasts.

Teslapunk is a free download for iOS [download] and Android [download], though micro-transactions are available. You can purchase extra coins for the Survival mode to upgrade quicker, for instance. In Arcade mode, meanwhile, you're given a certain amount of plays before you have to purchase more.

Your girlfriend vanishes before your very eyes. What do you do next?