It's a cruel, cruel world

Pikmin 3 is currently the second-bestselling game in the UK. Yes, seriously.

And in an alternative world where all control issues ever have been consigned to the past, you could be playing it on your 3DS right now.

Speaking to Japanese site 4Gamer, you see, Shigeru Miyamoto revealed that Ninty DID experiment with Pikmin 3 on the company's handheld consoles.

"The truth is we were doing prototype tests of Pikmin for the DS and 3DS but it turned into unit management with only the touch pen and no matter what it just didn't seem like Pikmin," Miyamoto explained. 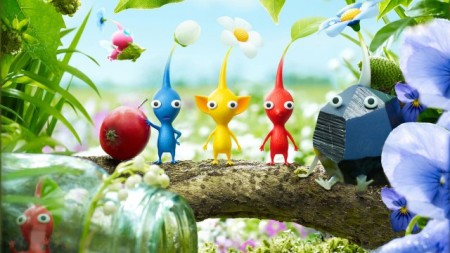 "We concluded that Pikmin is a game that revolves around action based on its controls and the strategy sits on top of that," Miyamoto continued.

"Although there are elements that are built on the strategy, there are other overall things that have to be well considered. This complete experience is an important element of Pikmin."

All that said, Pikmin feels like it should be a decent fit for the dual-screen handhelds. Alas, it was never to be.