Updated on July 26th, at 15:27: Capcom has confirmed that the Turnabout Return DLC for Ace Attorney: Dual Destinies will eventually be released in the West.

So, too, will the pack of three costumes for Phoenix, Apollo, and Athena.

Capcom is yet to announce release dates or prices.

Capcom has announced that it will release both free and paid DLC for download-only courtroom simulation Ace Attorney: Dual Destinies, which was released in Japan today.

The most exciting piece of this downloadable content is a brand-new game chapter called Special Chapter: Turnabout Return, which will bridge the gap between the events that took place in Apollo Justice and Dual Destinies.

Turnabout Return will apparently follow Phoenix Wright as he goes to work for an eccentric pirate-dressing trainer who wants to defend her killer whale against an unfair murder charge.

Capcom is yet to announce a release date or a price for this extra chapter. 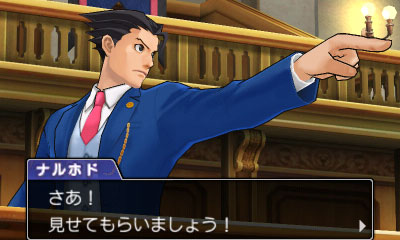 Capcom will also release a DLC pack called Deduction Quiz, the events of which will take place at the offices of the Wright Anything Agency.

Details of this DLC are pretty scarce, but we do know that it will be released in three separate parts on August 1st, August 8th, and August 15th respectively.

Finally, another DLC pack will feature three alternative costumes for some of the game's main characters. These will be Phoenix Wright's suit from the original Ace Attorney trilogy, a special casual outfit for Apollo, and a schoolgirl costume for Athena.

This costume pack will be available for free until August 15th. 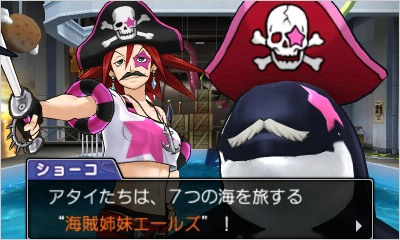 Currently, Ace Attorney: Dual Destinies is scheduled to be released in the UK and US sometime later this year.