When considering a smartphone that sells for under £100, the concern is that the performance won't be up to much.

But cheap doesn't always have to mean nasty, as recent efforts from Huawei have shown.

While budget handsets can't be compared to high-end models - and nor should they be - if they can offer the basics at a fair price then they have a place in the market. 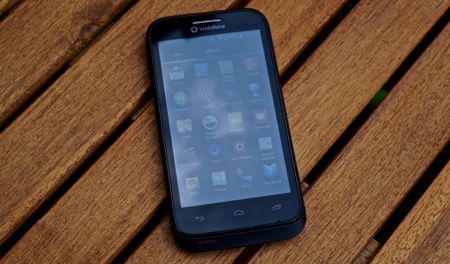 Learning that this Alcatel-produced smartphone comes with just a single core 1GHz CPU, and only 512MB of RAM, did set some alarm bells ringing, but on the flip side it comes with Android Jelly Bean.

It's also a product of the 'Project Butter' initiative, which was an attempt by Google to ensure that phone operation always remains smooth.

Before getting onto the performance, let's look at the design.

The phone is the usual black slab, but with an additional lip that sticks out at the bottom containing an LED notification light. 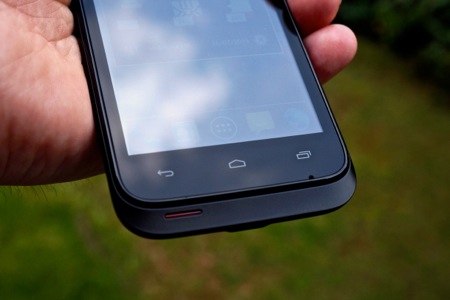 Unlike many handsets, this is fixed in red and can't change colour to signify different events. It's not particularly bright, either, although that's no bad thing when it starts to flash at night.

The back of the phone is fairly anonymous save for a transparent - though murky - removable cover that allows you to slot in a custom insert. 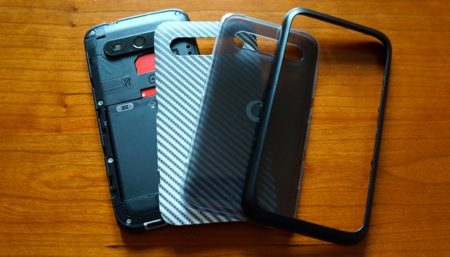 Removing the back cover proved a challenge, even when following the instructions. It turns out that the bulging lip is part of a bumper shell that goes around the entire phone and holds the personalised cover in place.

Perhaps one upside of this is that if you should drop the phone and damage the edges or the rear, replacement covers should be pretty cheap to obtain. However, hit the front (the main display is raised) and you're stuffed.

While the specs are rather underwhelming, the phone does come with a 4-inch, 480x800-pixel display, which isn't bad even in this age of HD displays and DPIs that go way beyond what the eye can see. 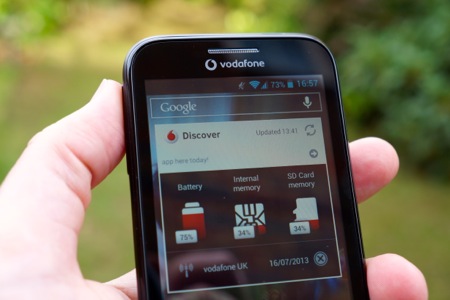 You do need to look at the screen directly, or else certain colours will turn negative as you tilt the phone away.

As with the Xperia Z, which also attracted some criticism for restricted viewing angles, it's not really a problem as you'll generally be looking at the phone head-on anyway.

The Vodafone Smart 3 also has a 5-megapixel camera and a 1500mAh battery, plus a memory card slot for storing existing or newly downloaded media. Vital, given the fact the phone has just 4GB of internal storage. 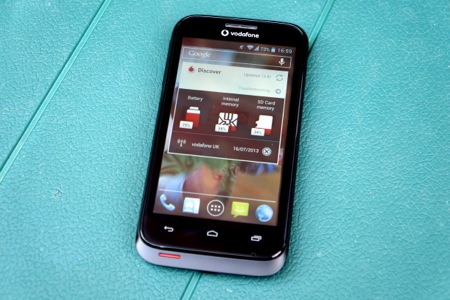 The camera is launched with a quick drag to the left from the lock screen. After a short wait, the basic Android camera interface fires up. It's functional, but far from exciting, and it lacks any interesting camera effects or automatic scene detection.

Although the camera sports a 5-megapixel resolution, I was left very underwhelmed by the quality of the photos. Indoor snaps were particularly bad, lacking detail and being heavily compressed.

Video fared a little better, with the phone able to capture 720p HD video at 30 frames per second. This came as a bit of a welcome surprise, although it doesn't capture at a tremendous bit-rate, so will struggle with scenes that have a lot of fast-moving action.

However, for a sub-£100 phone it can't really be faulted.

Gaming, on the other hand, is always going to suffer on a phone with a slow CPU/GPU and a lack of RAM. And it most certainly does in this case, as it only managed an AnTuTu score of 3,584. That puts it below Samsung's Galaxy S - a phone released back in 2010.

It will run your basic strategy games, slot games, or Candy Crush Saga, as well as apps like Netflix, Sky Go, and TVCatchUp if you want to use it as a media player. 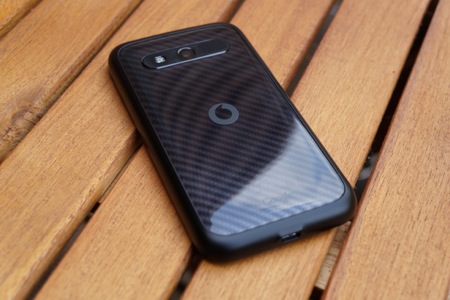 It will also run Spotify and Google Play Music, so the lack of power might not be as much of a problem as you think.

Of course, if you're looking for more intense games like Real Racing 3 or an FPS like World War Z or Dead Trigger, forget it.

One big plus for any phone that hasn't got a battery-busting processor, nor a huge display that could light up Wembley Arena, is battery life that performs well with ordinary usage.

It could be argued that the limited performance discourages heavy use, and there's an element of truth in that. In the two weeks of reviewing the phone, I found myself mainly using it for emails, Facebook updates, checking BBC News, and using rather simplistic apps.

The ability to personalise the phone is also a nice touch, which makes a change from the usual smartphone that can only be customised by chucking a case over it.

Another nice addition, if a rather bizarre one given the performance limitations, is a live wallpaper that can loop any video you record. It will then show in the background of the home screen and app launcher, sucking battery power and performance all the while. But it looks nice, and would be a worthy addition to any phone. 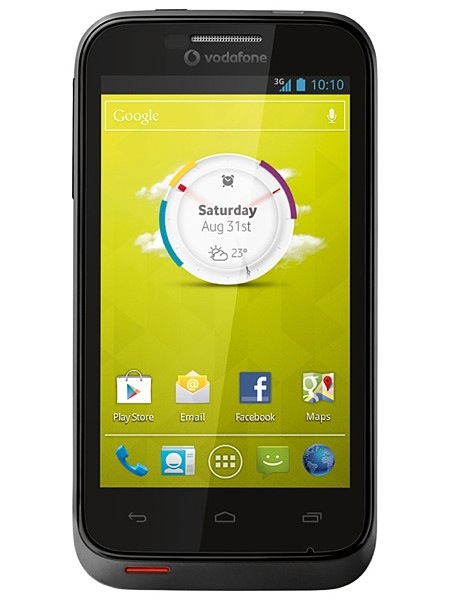 Besides the hit-and-miss camera, the real problem here is the poor performance. Project Butter has, to its credit, managed to keep most of the operation looking smooth, but the lack of RAM means that the phone will still grind to a halt once it tries to do more than one thing at the same time.

If I felt compelled to stick the knife in further, I'd also suggest that the placement of the 'power' button on the top of the phone instead of the side is evidence of poor design. But it isn't as big a deal here as it is on phones with bigger screens. 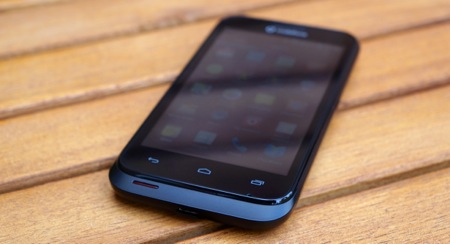 The lack of RAM is the biggest problem here. A single-core processor might seem archaic, but when the phone isn't doing too much in the background it just about manages to tick over. It's only when you multitask that the problems show.

Despite the performance issues, you shouldn't dismiss the Vodafone Smart 3 out of hand. It's cheap, it's functional, it has decent battery life, and it has a couple of nice features besides.

With thanks to Vodafone for supplying this device for review.

There's always a market for a low-cost smartphone that inevitably has some compromises to keep within a tight budget. But as the Android OS gets more advanced and developers are pushing the boundaries every further, the Smart 3 is a little too underpowered
By Jonathan Morris
| Jul 23, 2013 |
Mobile