Not so far away

On Monday, Finnish developer Rovio will announce details of what appears to be a brand-new Angry Birds Star Wars-themed title.

"Attention, Angry Birds fans! Stay tuned on Monday, July 15th, for big news about a brand new game!," a message, posted alongside the below image on Rovio's feather-flinging blog, reads.

According to the blog post, Rovio's upcoming title will feature the company's "biggest character line-up ever", "awesome new powers", and just a couple of extra "surprises". 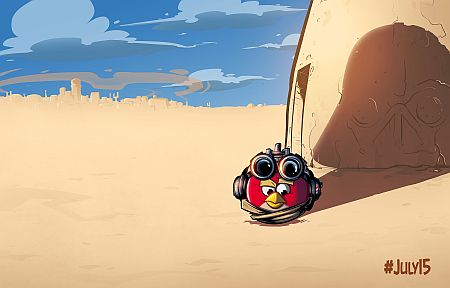 As you can see for yourself, the image shows Rovio's now infamous Red Bird (complete with Darth Vader shadow) wearing similar attire to a very young Anakin Skywalker.

If we had to guess, then, we'd say this upcoming title will be another Angry Birds Star Wars title featuring plenty of locations and characters from George Lucas's underwhelming trilogy of Star Wars prequels.

The Phantom Menace, Attack of the Clones, and Revenge of the Sith, in other words.

Check back on Monday