Focus on the camera

Nokia took the stage at an unassuming warehouse on New York's Hell's Kitchen waterfront to unveil its new Windows 8 smartphone, the Nokia Lumia 1020.

From the outset of the presentation, it was clear that Nokia was putting the focus on the phone's camera - an admittedly gorgeous piece of tech. In fact, the words "Microsoft Windows 8" weren't uttered until a full 28 minutes into the presentation.

So, is the camera at the center of the Nokia Lumia 1020 worth the hype?

By my reckoning, the answer is 'yes'. 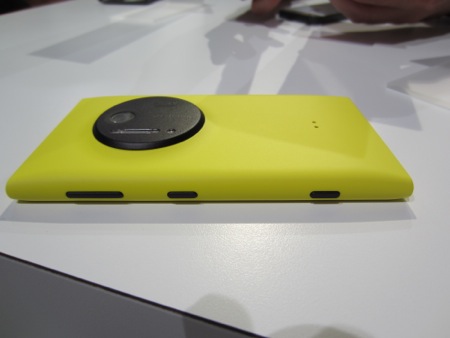 Here's the deceptively thin Nokia Lumia 1020 at rest. Given the amount of camera hardware inside the device, it's impressive that the phone is a mere 10.4mm thick, which is about 3mm thicker than an iPhone 5 or a Samsung Galaxy S4.

Note that the phone is available in black and white as well, if this incredibly bright yellow isn't your speed. 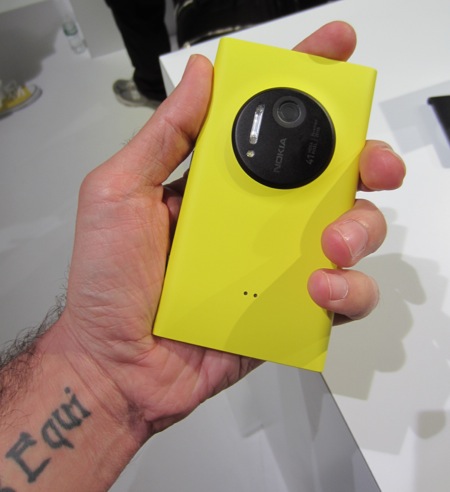 Oddly, due to the image stabilization matrix perhaps, the 1020 feels a bit hollow despite its heft and doesn't have the solid feel of an iPhone. 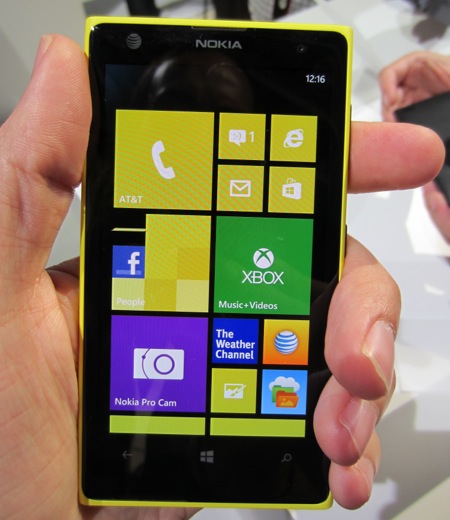 The best pictures in the world will look grainy on a low res screen, so Nokia made sure that the 1020's touchscreen was able to display images in an extremely sharp resolution. 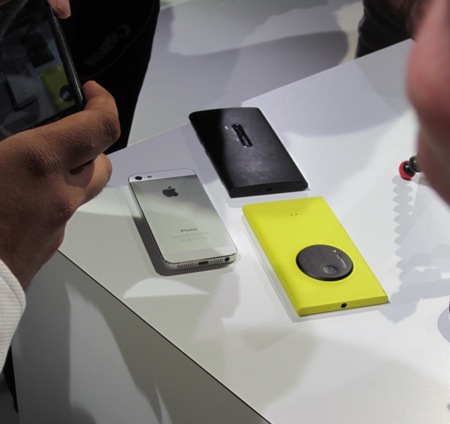 Here's the Nokia 1020 amongst its peers and competitors. 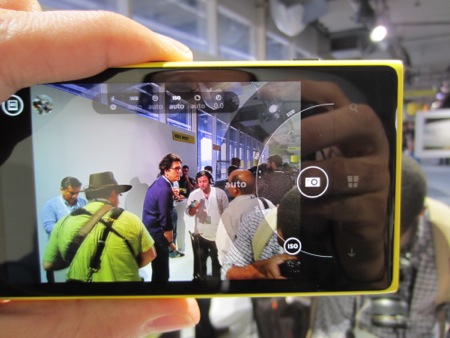 And here's the new Nokia Pro Camera app in action.

It's quite simple to pull up the settings when snapping (far easier when you're not taking a picture of the process with your other hand!) and the real-time adjustments are quick to render and great to see.

If you're new to photography, you might not know what will happen when you switch your ISO from 100 to 3200, but if you make that change on your Lumia 1020 you'll see the image adjust and darker images will come into a brighter contrast. 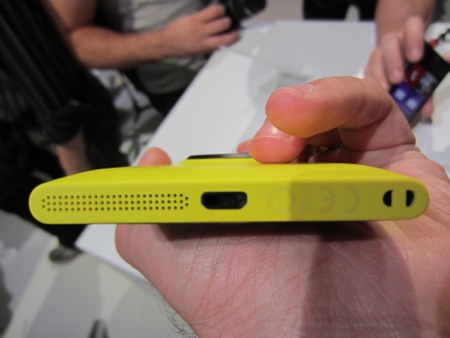 The Nokia Lumia 1020 will be available for pre-order in the United States on July 16 through wireless partner AT&T's website with a release 10 days later on the 26th.

The Windows 8 phone is due out in China and "key European markets" later this quarter.