The #AppStoreTurns5 celebrations are well under way.

The staff of Pocket Gamer, PocketGamer.biz, 148Apps, and AppSpy are all sharing their five favourite apps released on the App Store in the last five years, as well as their hopes for the future of iOS.

Head on over to Best App Ever's Facebook page, or have a look below to join in with us. 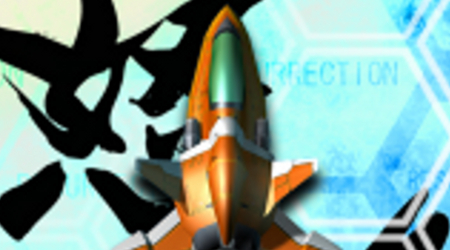 1. DoDonPachi Resurrection - A magnificent shooter by one of the masters of the genre, its place on this list ultimately secured because it represents one of the first convincing examples of touchscreen control enhancing an arcade/console experience.

3. Kingdom Rush - Tremendous tower defence action offering remarkable depth that belies the game's fun aesthetic. I might have played Fieldrunners more, in total, but Ironhide's is unquestionably the superior game.

5. Zen Pinball - A particularly personal choice and odd, perhaps, to select a game with its roots in the 18th century as one of the finest experiences to be had on Apple's 21st century device. But you'll enjoy no better incarnation of digital pinball than when playing Zen Studios's creation on an iPad.

As for the next five years, I think I'm most likely echoing other contributors' thoughts here, but a near-future in which an iOS device is played via the officially recognised controller (when applicable, of course - not all games require such an approach) and on the living room screen, before that experience can be continued while on-the-move seems like the smart way to go in terms of covering most of the bases. And while maintaining originality within the App Store should always be championed, I'm currently more concerned by the distortion in players' "value perception" the last five years have encouraged - mainly because, while a few freemium and IAP-supported titles pull it off, the majority emerge as dispiriting examples of compromised game mechanics (at best). So, without going into it too deeply, we need (most) games to be more expensive. The long-term rewards will outweigh the cost. 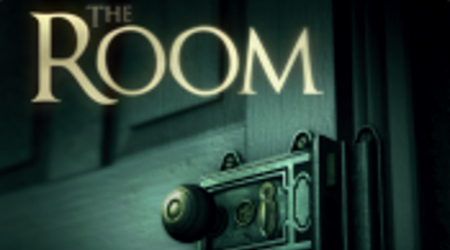 1. The Room - A true iOS original that wouldn't work as well on any other platform, but which doesn't shirk on polish, depth, or clever ideas.

2. Kingdom Rush - There is an overabundance of tower defence games on iOS, but Kingdom Rush stands alone at the top of the pile. Accessible, challenging, easy on the eye and perfectly balanced.

3. Sword & Poker 2 - Many game series have fallen by the wayside over the first five years of the App Store's life, but few are as sorely missed as Sword & Poker. It makes you wonder why no one thought to mix RPG and poker hand mechanics before.

4. MiniSquadron - Flight physics is a tricky thing to perfect even in the most complex of simulators, so the fact that Supermono nailed it in this glorious arcade blaster speaks to MiniSquadron's timeless quality.

5. New Star Soccer - This is how you do football on iOS - throw out the dodgy virtual controls and utilise that touchscreen input to delicately manage key passes and shots in each game of a sprawling career.

Smartphone gaming in general is only going to get bigger and to eat into traditional console gaming's market share more over the next five years. This isn't my wish, it's a fact.

As iOS devices get more and more powerful, I only hope to see developers continuing to keep the practicalities of the format in mind. Just because these devices will be able to run increasingly complex 3D worlds and systems it doesn't mean they necessarily should. Not without the primary consideration of control and portability, at least. 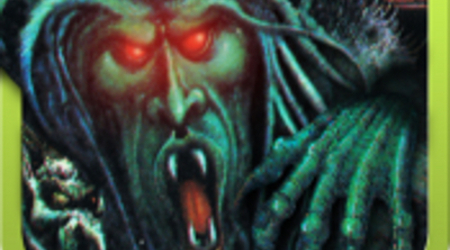 1. Fighting Fantasy: House of Hell - I was bought the paperback edition of this interactive novel many years ago when I was just a wee whippersnapper, so I have fond memories of it. I loved being able to re-read it recently.

2. Broken Sword: The Shadow of the Templars - Director's Cut - It was this fantastic adventure title (when I played the original release of it on Sony's PlayStation) that kickstarted my love for the point-and-click genre.

3. Joe Danger - It's fun, it's colourful, and it's jam-packed full of replay value. It's also a perfect example of how to port a console franchise to mobile devices. What's not to like?

4. Final Fantasy IV - This has always been one of my favourite entries in Square Enix's popular RPG series. Now I just need FF VII on my iPad. I think I might actually cry if it ever happens.

5. Star Wars: Knights of the Old Republic - It's the second best (after Super Star Wars on Ninty's SNES) Star Wars game to ever see the light of the day, and one of my all-time favourite action-RPGs.

Over the next few years, I hope more big console and big console-like titles are released on the App Store. I'd love for Apple and iOS to become genuine contenders in the living room gaming space. For this to happen, though, Apple needs to allow access to its App Store via its Apple TV or release a dedicated iOS-powered home console. 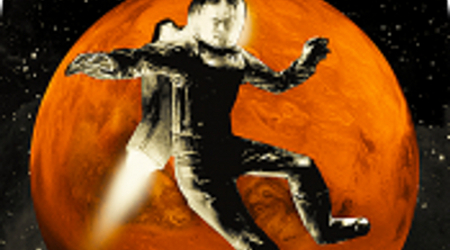 1. Waking Mars - An atmospheric gardening adventure inside the belly of the red planet. Fabulous puzzles, that are all about science and ecology, and an engrossing story to boot.

2. Rayman Jungle Run - A brilliant translation of platformer to mobile, which manages to convey all the bouncy, elasticated fun of Rayman, but - look mum! No buttons!

3. Ridiculous Fishing - It's practically the perfect mobile game. It's got a satisfying feedback loop, finely tuned pace, and top controls. Oh, and you shoot fish with machine guns and wear their corpses like hats.

4. The Room - You've got to give it credit - developer Fireproof Games can make something as simple as opening a box feel eerie and atmospheric. Throw in some terrific puzzles and tactile touchscreen controls, and you're golden.

5. SpaceChem Mobile - Don't be fooled - this game is not about chemistry. It's more like programming, as you write airtight code, fix bugs, and come up with your own, very personal solution to the problem at hand. It's the best puzzler on iPad.

In the next five years, I hope we will see a u-turn on Apple's strict ban on serious games. If the App Store wants to stay relevant, it needs to accept games about difficult subjects like immigration, sweatshop workers, and real-world wars. 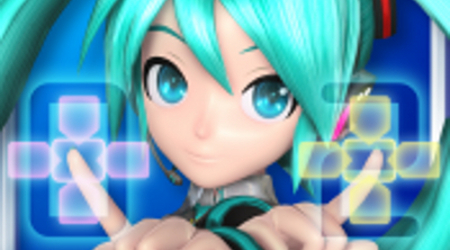 1. Miku Flick /02 - Quality rhythm games are hard to find, and despite its cost and size this is one of the best - and most gorgeous! - that I've played.

2. Chaos Rings - It's an original turn-based RPG franchise from Square Enix - what more needs to be said about this?

4. Lili - Maybe it's my age showing, but I'm beginning to appreciate games that reward you for wandering about and enjoying the scenery.

5. Cut the Rope - It's considered a classic for a reason: this was the first physics puzzler that helped me understand the gaming potential of smartphones.

Outside of the port and subsequent localization of Hatsune Miku and Future Stars: Project Mirai (joke!) I'd like to see more, quality RPG franchises developed specifically for mobile. Ports and retro 16-bit RPGs are all well and good, but I'd like to see more games like Chaos Rings make their way to the App Store. 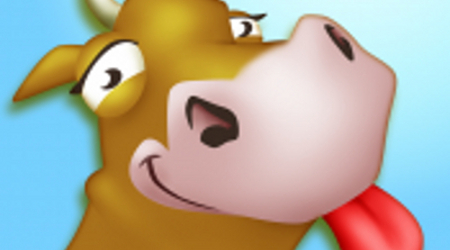 1. Rolando - Because it was the first game to show the full potential of mobile gaming.

2. Zen Bound - The first iPhone game to get a 10/10 review from Pocket Gamer. It hinted at the freedom developers had to make games that hadn't been made before, and to be successful. But, sadly, in the years since, mobile games have become more formulaic.

3. Hay Day - Not only is it a very successful game, it demonstrated that you can take well-known but tired genres and complete revitalise them. It's also one of the be examples of a non-aggressive free-to-play game.

4. Real Racing (series) - If you want an example of how mobile games are evolving, just look at Real Racing. It's always been top-notch in terms of graphic and gameplay innovation, but to successfully convert that to a free-to-play game was a real challenge.

5. Angry Birds - No matter how much everyone bitches about it, it's still the poster child of the mobile games industry.

My one wish for iOS gaming is that Apple separates discovery from distribution, either by overhauling the App Store, or letting third-party companies (such as App Gratis) prove the service that both gamers and developers want. 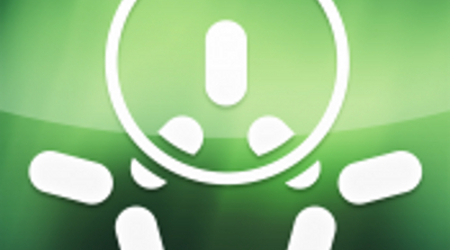 1. Splice - A brilliant mix of style and gameplay that lets you experiment and find your own way. The perfect touch-screen puzzler.

2. The Room - Clever swipe controls give this highly focused point-and-click adventure a tactility that few other examples of the genre can replicate.

3. Ring Fling - Four people crowded round an iPad playing a reverse game of Hungry Hungry Hippos is my idea of a perfect gaming evening.

4. New Star Soccer - A football game that's not really about football. One of the most addictive games I've ever played.

5. Infinity Blade - An exercise in clever repetition and a stark reminder that it's important to design your games around the hardware they're being built for. Death to on-screen buttons in action games.

My wish for the next five years of iOS gaming is to see more developers trying out new control methods, experimenting with the way we interact with our iOS devices to create new and innovative ways of play. Oh, and a better web version of the App Store would be nice too. 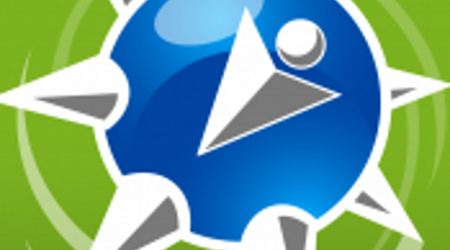 1. Monkey Island 2 - it's a big and charming classic that's been sympathetically modernised and works well on a touchscreen.

3. Orbital - it's a more or less unique casual game that always makes you feel as though you should have done better than you did.

4. Async Corp - it's a pleasant pastel-hued colour-matching puzzler with plenty of charm and a sardonic sense of humour. Ruinously addictive.

5. Virtual Pool HD - it's a technically peerless and resolutely unostentatious pool game that gives you exactly what you need and nothing more.

I hope the App Store gets a bit braver about publishing games with political messages. I hope the arrival of Apple-licensed controllers and the ability to play the right games properly on a TV brings more variety and quality to the store. I hope there are fewer and better ad-funded games, freemium games, and paid games with IAPs.

You can read all the entries by our friends at AppSpy and 148Apps over on the Best App Ever Facebook page. Don't forget to share your five favourite apps with us in the comments box below too.