Out at midnight: Survive the cutest zombie apocalypse yet in Call of Mini Zombies 2

Midnight of the living dead

The dead seem to be scrambling out of their graves quite a bit these days. So, it won't surprise you to learn that Triniti Interactive is unleashing its zombie-adventure sequel, Call of Mini Zombies 2, at midnight tonight.

Call of Mini Zombies 2 aims to build on the original in every way, serving up 10 deadly weapons, 5 unique characters, more zombies than you can shake a stick at, and some adorably stylised visuals. 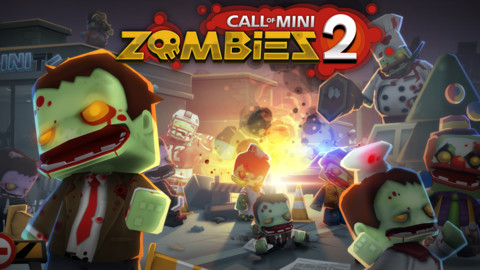 The sequel will have you battling through fast-paced missions, wiping out lots of shuffling brain connoisseurs as you attempt to save the world... again.

On top of that, there will be new bosses to deal with, and daily missions offering extra rewards. So, it looks like you'll have plenty to sink those nashers into.

Call of Mini Zombies 2 will hit the US and UK App Stores at midnight tonight. This undead adventure will set you back 69p / 99c.

[Update] Out now: Sell your sword to the highest bidder in Ravenmark: Mercenaries for iOS