Majic Jungle Software and Noodlecake working on The Blockheads for Android

I recently got the chance to chat with indie developer David Frampton (a.k.a. Majic Jungle Software) about the future of The Blockheads.

During the interview, Frampton revealed that he's working on an Android version of his popular Minecraft-inspired build-'em-up.

"I've been working with the Canadian studio Noodlecake on an Android port of The Blockheads for a few months," Frampton said.

"It's a big project, and it has got even bigger with all the updates I've released since Noodlecake started work on the 'droid port.

"It's taking a while, but it's coming together and shouldn't be too far away now." 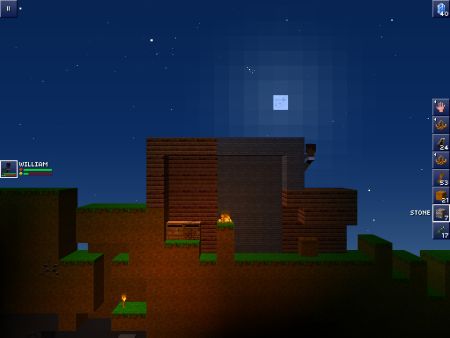 We loved the iOS version of The Blockheads when we reviewed it back in January.

We gave it a glittering Gold Award, in fact, and noted that it's a game that "prizes exploration and creativity above all else".

We even called it a "great way to waste a couple of days". There you have it, then: weekend sorted.

Want more? Check out our growing collection of The Blockheads news stories!

The Firing Line: 5 questions for Majic Jungle Software on The Blockheads

The Blockheads is finally getting its biggest ever update on March 15th featuring HD textures, shark riding and a whole lot more

The Blockheads hits Android as 1.4 update adds trains, electricity, PvP and much more

The Blockheads 1.4 update trailer shows off the arrival of trains and electricity