For footy fans, autumn is no longer a time to celebrate ancient harvest festivals and go begging for candy - it's a time to gear up for a new FIFA installment.

And based on what EA's teased about this year's upcoming mobile football game, FIFA 14, it looks like this autumn will be a fine time to celebrate indeed.

Out of the gate, EA promises "all new ways to play" on phones and tablets with "intuitive... unique and creative controls" tailored for touch-screen devices.

From what we've been told, this means you'll be able to touch the screen to select players, tap to pass and defend, and swipe to shoot.

If you're a traditionalist (or if these touch controls don't sound enticing), you'll be happy to know that the button-based controls are still available in the options menu.

In addition to the "console-like interface", FIFA 14 will allow players to choose between 34 different stadiums and play as one of over 600 teams from the 30 leagues available in the game.

To pay homage to the global focus of the game, the mobile version of FIFA 14 will be available in five different languages (English, French, German, Italian, and Spanish) - a first for the franchise.

We'll have an opportunity to go hands-on with the mobile version of FIFA 14 in mid-July, so be sure to check back in for our first impressions.

FIFA 14 on mobile will be available for the iPhone, iPad, and Android devices this autumn. There is no set release date or price available at this time. 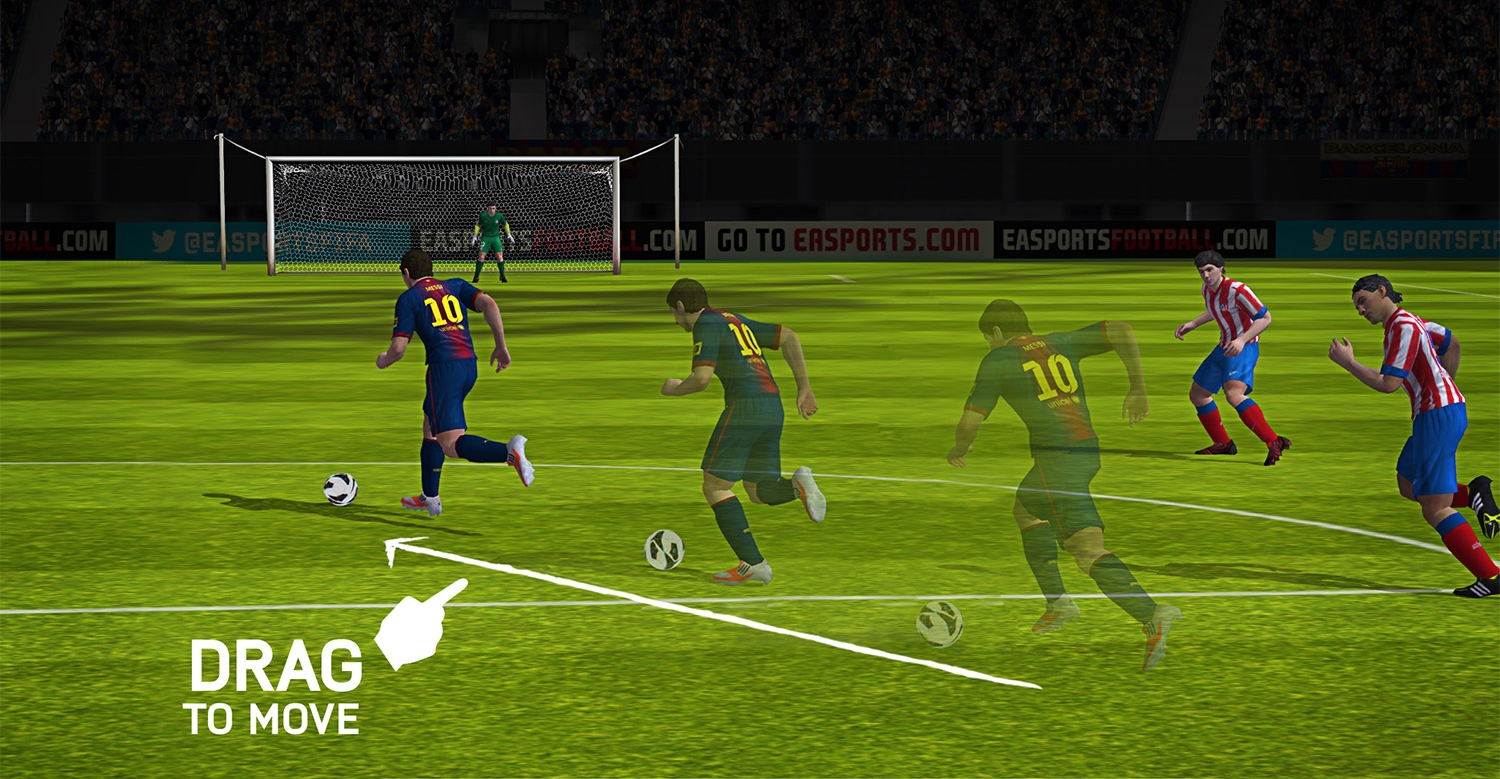