As you probably already know, that Android-powered Ouya home console that you've heard so much about over the past few months finally went on sale to the general public this morning.

And as expected, demand for Ouya Inc.'s brand-new 'unconsole' is high.

According to Mashable, in fact, online retail behemoth Amazon has already flogged every $99 Ouya it had in stock.

Some American retailers, such as Target and Best Buy, did still have some Ouya units in their stockrooms earlier today, but we imagine stock levels in those stores will deplete quickly, too. 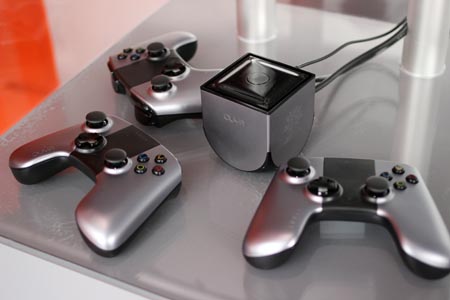 Just in case you'd forgotten, Ouya Inc. raised its Kickstarter funding goal of $900,000 for the Ouya console in just eight hours. It attracted a total of $8.6 million in donations in the end, which is a Kickstarter record.

So, if you want to get your hands on an Ouya, you'd better act fast.

Be sure to check out our top 10 Ouya games we're most looking forward to playing article first, though. We penned it especially for you, you know.