XCOM Week: 20 tips for saving the world in XCOM: Enemy Unknown for iPhone and iPad

Expert advice for on the battlefield and back at base

Whether you're hunkered down on the battlefield or trying to balance your budget back at headquarters, there are always so many decisions to make and so many options from which to choose.

To help you answer these questions, and more, here's a quick-fire guide to get you started in Enemy Unknown. These tips and tricks will be absolutely perfect for newcomers to the series. Trust me.

1. Always reload your weapons during the downtimes between battles. You don't want to be running on empty when you stumble into a room full of Mutons. The ammo conservation upgrade in the foundry is also highly recommended.

2. Snipers are the most essential units, and will often be the deciding factor in a tough battle. Get them up high (either by climbing ladders or using the Archangel armour / grappling hook), and keep them on overwatch. The sniper's battle scanner perk is also very useful for seeing through the fog of war. 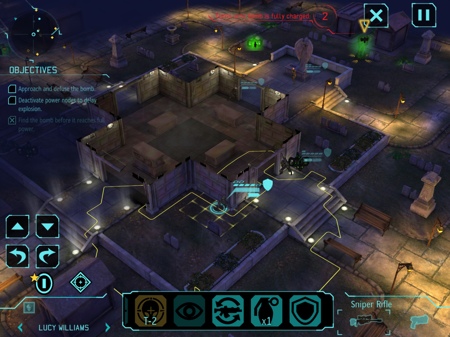 3. Be slow and steady. Dashing to a faraway cover point is a surefire way to get your unit killed. Move deliberately between close cover points, and make gratuitous use of overwatch to cover your arse against ambushes.

4. Each unit gets to make two moves on the battlefield, but you don't have to issue both orders at once. Feel free to move a soldier forward, and then boss someone else about for a bit to better assess the situation.

5. Grenades and rocket launchers are fine. Pesky Dr Vahlen will remind you that blowing up an alien makes it impossible to examine it for research, but a few Sectoid corpses and a weapon fragment is just not worth the risk. If you're in danger and need a lot of damage with a lot of accuracy, go loud.

6. Newly appointed assault units will automatically switch to a shotgun. Remember: you can always instruct them to switch back to an assault rifle before the battle begins. Shotguns are extremely powerful, but force you to put your soldiers in very up-close-and-personal encounters with the aliens. 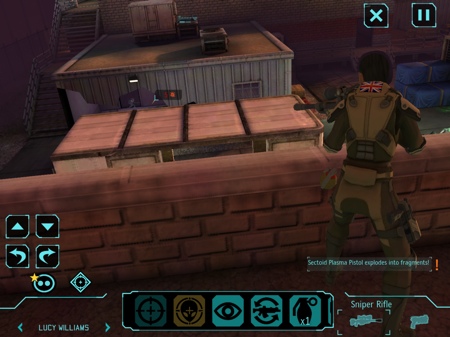 7. Make sure you mix the right equipment with the right skills. If you have a support class who can hold three medikits, for Christ's sake give her a medikit. You can always use nicknames (like "Doc" or "Grenades") to remind you who's who.

8. Using an arc thrower to stun an enemy is not just for research. You'll also get free intact weapons for your troops. Thin Men carry plasma rifles, so always try and capture those creepy alien dudes alive.

9. There's no shame in retreating. Keeping your crew alive is ultra-important, so pull back from aggressive enemies to get into cover, heal wounded teammates, reload your guns, and lure baddies into overwatch traps.

10. Satellites are incredibly important. By having satellites in orbit, you gain more money, more researchers, more engineers, and you reduce panic. Start building them early, though, for they take weeks to build.

11. Launch your satellites near the end of the month. Countries wait until the council's end-of-month report to pull out of the XCOM project, so you can use satellites to quickly reduce panic just before your report card comes in. 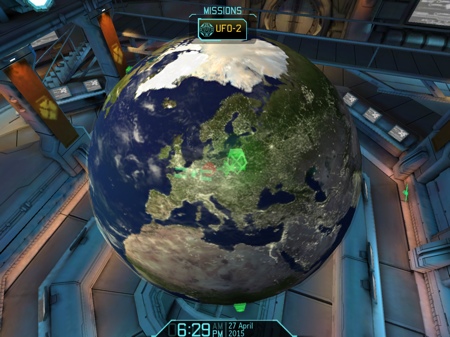 12. Don't neglect your hangar. Make sure you have interceptors in every continent in which you have a satellite up. Oh, and keep those jets loaded up with high-powered weapons. Once you can build firestorms, start to replace your interceptors with firestorms to turn the tide of battle in your favour.

13. Why? Because if you fail to destroy a UFO, it can come back and destroy one of your satellites. You know, the things I just said are "incredibly important" and "take weeks to build".

14. Pick abduction sites based on panic, then reward. It doesn't matter whether China is going to offer you a huge cash bonus for helping if you know that Mexico is about to pull funding altogether. Choose the location with the most panic before looking at your potential prizes.

15. Always focus your attention on the nations who give you the most money each month. If it's a choice between super-rich USA and dirt-poor Nigeria, choose the Yanks.

16. Get rid of useless items in the Gray Market. Certain items (like damaged fight computers) are marked as 'trash' and can be sold - sometimes for a lot of cash - without consequence. 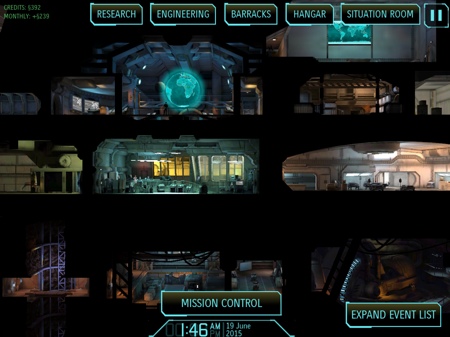 17. Focus on your research on plasma weapons. Laser guns are useful and pretty cool in a pew-pew kind of way, but you'll save yourself a lot of money and body bags if you jump straight to plasma.

18. Always put identical rooms next to each other - either horizontally or vertically - when building your base. You'll get handy bonuses for adjacent rooms, so make sure your duplicate laboratories, research labs, power generators, and satellite uplinks are right next to each other.

19. Engineers beat researchers... every time. By having fewer researchers, it takes you longer to learn about things. But by having fewer engineers, you simply can't manufacture certain items and facilities. Having more engineers also brings down costs.

20. Save often. Unless you want to play a completely pure game, you can always leap back to an older save game if (read: when) a mission goes completely to hell, or a super-rich nation withdraws its funding. You can always try a more hardcore no-save approach on your second runthrough. Just pick 'Ironman' from the advanced settings.

Want more? Check out our 21 other XCOM: Enemy Unknown articles!

Opinion: XCOM: Enemy Unknown isn't expensive. The sooner we realise that, the better