A number of developers have told the Apple-centric website that several members of Crytek's Budapest studio demoed the company's forthcoming overhead shooter on-stage.

Crytek apparently showed off The Collectibles using a form-fitting controller peripheral, which closely resembled the Logitech-branded MFi gamepad that we reported on yesterday. 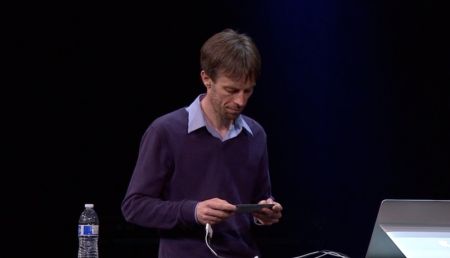 So, The Collectibles is a top-down third-person tactical-shooter. In it, you reportedly guide a squad of five battle-hardened soldier-like warriors through a variety of war-torn environments.

You will purportedly be able to seamlessly switch between touch-based controls and physical controls on the fly.

You will even reportedly be able to simultaneously use your device's touchscreen (to command your troops) and the controller's physical buttons (to guide a powerful gunship into battle).

Crytek hasn't actually officially announced The Collectibles yet. We'll let you know as soon as it does, though.

If you shout at Capcom, it MIGHT release a physical version of Phoenix Wright: Ace Attorney - Dual Destinies