Do me a favour and take a look at the rather large image in the middle of this article.

Is it just me, or does it also remind you of a scene from Chuck Jones's Wile E. Coyote and The Road Runner?

The image below is actually a teaser for a brand-new Angry Birds title called Angry Birds Go! If you head on over to Rovio's official Angry Birds Facebook page, the image is accompanied by a caption. 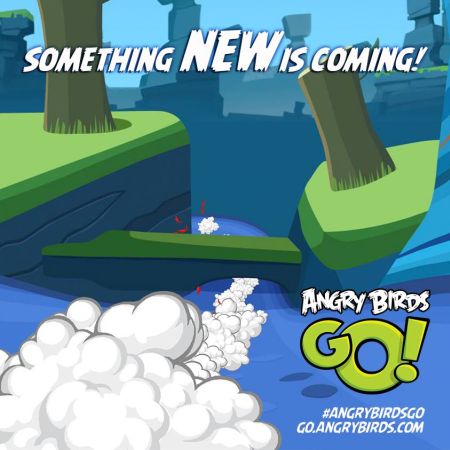 If I had to make an educated guess, though, I'd probably say that Angry Birds Go! is an endless-runner, or maybe even an arcade-style racer similar in nature to Mario Kart or Sonic & Sega All-Star Racing.

Rovio will probably release some details for Angry Birds Go! or a cheeky trailer for it over the coming days and weeks. We'll let you know when it does.