E3 2013: Xbox One and PS4 titles like Battlefield 4 and Dead Rising 3 will definitely feature second-screen experiences

The first day of this year's E3 conference is over and done with.

While there wasn't much smartphone or tablet news from either Sony or Microsoft, several companies did reveal upcoming console games that will boast second-screen experiences.

For the ill-informed among you, this means you'll be able to use an app (like Xbox SmartGlass) on your iPhone, iPad, or Android-powered device to view or directly control select features inside a console game.

Here's a list, then, of forthcoming home console games that will offer second-screen experiences. Oh, and a short description of how they are tied in to your mobile devices.

In the next instalment of EA's action-packed first-person shooter franchise, you will - as Touch Arcade understands it - be able to command fellow troops and deliver intel using real-time mapping via your mobile.

This upcoming racer from EA will feature cross-platform multiplayer. Sort of.

You won't be racing against other players, you see. Instead, you'll be using your favourite mobile device to call in air support and generally help the cops chase down other players. 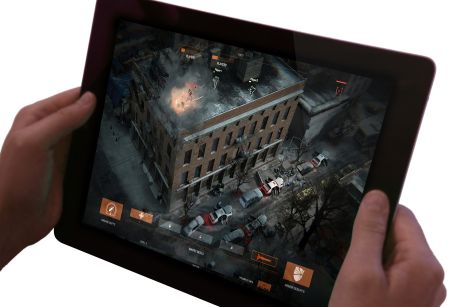 Ubisoft has announced that you'll be able to carefully customise vehicles on your mobile device before you use them to compete against opponents in open-world racer The Crew.

More second-screen features are expected to be announced sometime before the game's release.

In this third-person shooter-RPG, you will able to drop into firefights on the fly; take control of a drone; and help or hinder other players.

According to Touch Arcade, you'll be able to heal other players and - if you wish - act as a surveillance unit.

You will be able to use your smartphone or tablet to launch multiplayer matches and view a real-time timeline of your friends' activity and progress in bloody hack 'n' slash affair Ryse: Son of Rome. 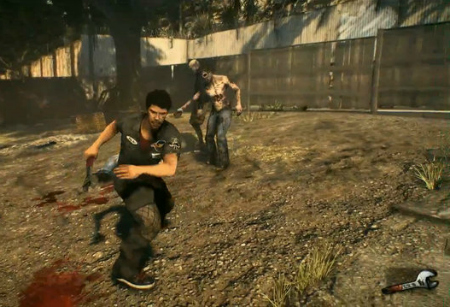 If you have an iPhone, iPad, or Android device, you'll be able to gain access to previous runs and view high scores ripped from stunt-packed drive-'em-up Trials: Fusion.

Trials: Fusions will also, in some way, connect to Trials: Frontier, the very first official mobile instalment in the popular franchise's history.

Let's be honest: very few people buy a beat-'em-up for its single-player campaign. People buy beat-'em-ups for their multiplayer modes.

That's why the maker of Killer Instinct will enable you to queue multiplayer matches while you're enjoying the game's single-player experience.

During a showcase of Dead Rising 3 at E3, the game's demonstrator used Xbox SmartGlass to call in artillery strikes and thin out the hordes of flesh-eating zombies that were baying for his blood.