E3 2013: Flower, The Walking Dead, and Dead Nation coming to the PS Vita

When Sony's Jack Tretton took to the stage at E3 2013, he mentioned the upcoming PlayStation 4 before immediately backtracking to the PlayStation 3 and PS Vita.

On one hand, this was a strange move - the PS4 is undoubtedly the future of Sony, but then so is the Vita if its role as the PlayStation 4's "Ultimate Companion" is to be believed.

Thankfully, Sony's Vita portion of the presentation didn't disappoint. After rattling off some quick stats about the Vita's current library of games, Tretton announced three upcoming titles that will make Vita owners even happier to own their handhelds.

First, Flower was confirmed for a PS Vita release - which isn't really news since we already knew about it.

Following Flower, however, were the announcements of two rather tantalizing titles: Dead Nation and The Walking Dead, the latter of which will arrive this August as a bundle.

We don't have any specific release dates or prices on these yet, but we'll be sure to keep you updated as soon as we know more. 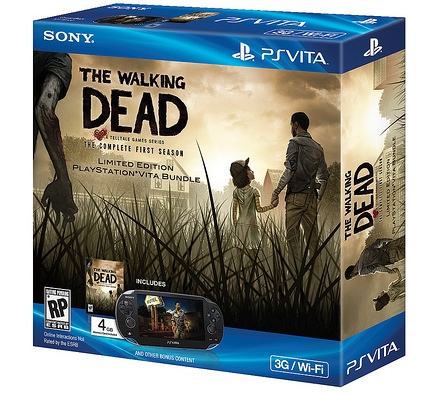