And the super-successful developer of iOS and Android home console 'homages' has just published a trailer for the fifth chapter in its Modern Combat series.

In the somewhat inevitably entitled Modern Combat 5, you will apparently fly a helicopter, get driven around in a boat, and shoot people while you're stood on the ground.

The trailer even suggests there might be a sequence in the game where you fall off a red bicycle. I might be reading too much into it, mind. 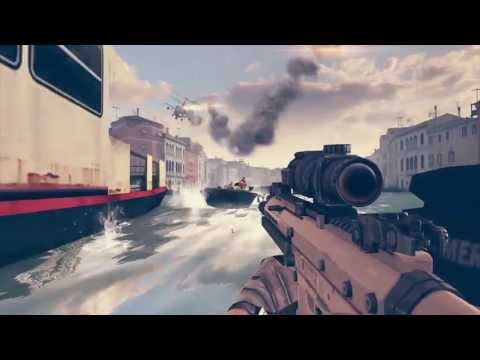 Once again in a Modern Combat game, there's plenty of nice-looking architecture at which to shoot here, plenty of explosions, and a lot of realistic military hardware.

The last instalment in Gameloft's Call of Duty-esque series, Modern Combat 4: Zero Hour, got a Bronze Award from us last year.

Before you ask, no, we don't know the release date or price yet of Modern Combat 5. Since the aboveposted video is an E3 trailer, though, we expect to hear more from Gameloft about the game at the big gaming expo next week.

The Firing Line: 5 questions for Grow App on Bridgy Jones