Coming to UK and ROW in the summer

It was back at GDC 2013 that I got my hands on the first production Wikipad.

It's a really interesting approach to what I'm calling the unconsoles.

Priced at $249, Wikipad consists of a customised (and rebranded) Nexus 7 tablet, plus a frame that contains the various elements of a full game controller.

Sure it looks a little weird, but I surprised by the high build quality of the frame and various inputs such as the joypads, shoulder buttons etc. 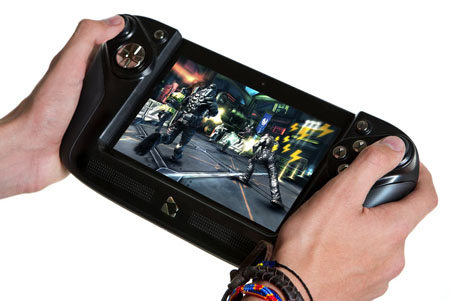 It felt nice - not too heavy, but not too light either. And, of course, you can remove the tablet and use it like any normal tablet.

Now the news is that Wikipad will be released in the US through Walmart.com, Bestbuy.com and TigerDirect on 11 June - which just happens to be day of the big E3 games show in Los Angeles.

The UK and a wider global launch is scheduled for later in the summer.

In terms of game support, as an Android device, you'll have access to everything that's on Google Play, although to take advantage of the physical controller, developers will have to do some porting work on their games. 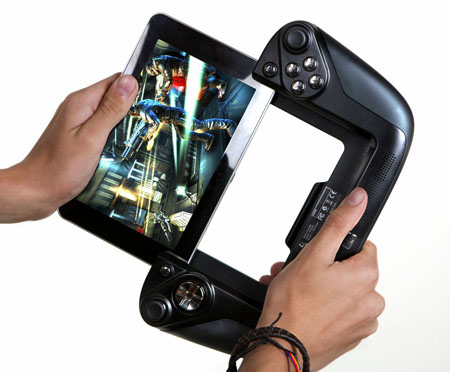 Nvidia is also supporting Wikipad via its TegraZone (the device uses a Tegra 3 chip), as is Sony through its PlayStation Mobile channel and Big Fish via its cloud Unlimited service.

You can read my full hands on impressions here, or find out more about pre-orders and availability, at the Wikipad website.