The game of the movie of the book

If there's one thing we've learnt about touchscreen gaming, it's this: first-person shooters suck.

They're clumsy and they're awkward. Trying to wrestle with moving and aiming and shooting is like trying to perform a prostate exam on a wriggling hedgehog.

So why is World War Z - a tie-in zombie shooter for iOS and Android, out very soon - any different?

Because it dramatically simplifies the controls.

For one thing, there's no 'shoot' button. As long as your crosshairs are aimed over a zombie's fleshy bits you'll automatically fire. Plus, when the undead crawl out of the woodwork, you stop dead and can't move from the spot.

This gives you a chance to concentrate on aiming, and means World War Z doesn't fall into the finger-fumbling mess of shooters with virtual joysticks and triggers. 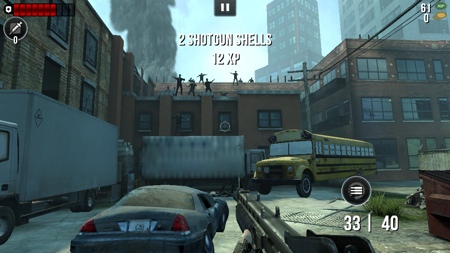 "We really believe most mobile gaming is done with a single finger, and we are doing our best to support that style of play, even in a core-ish game," Chip Sineni, director at Phosphor Games (best known for The Dark Meadow and Horn), told Pocket Gamer.

There are more traditional controls from which to choose - something Phosphor learned from its Infinity Blade-like brawler Horn. "We all were used to Horn's controls, but some players were clamouring for something more precise."

So you can give yourself an actual 'fire' button, or employ those oh-so-nasty virtual joysticks. Whatever works for you, really (but the defaults are perfectly fine for me). 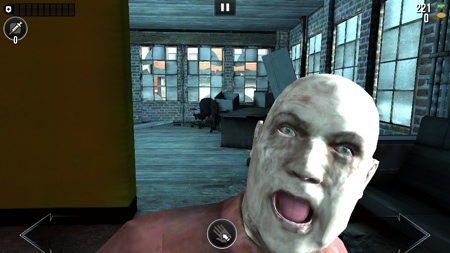 Gunning down zombies is a blast - it's fast paced but ultra-responsive, and feels well suited to the device. And while it might feel like a shooting range at times, there is strategy - take out a walker's legs to slow him down, for example.

The melee combat is perhaps a little less successful. Every now and again you'll be forced to bash a zombie's brains in with a crowbar (despite having a perfectly good shotgun in your back pocket). This is achieved by a series of clumsy gestures with awkward timing.

But World War Z isn't just about combat. "It isn't like an arena horde shoot-'em-up like the majority of high-end zombie games," Sineni says. "There's free exploration of the world, puzzles to solve, and cinematics of important events." 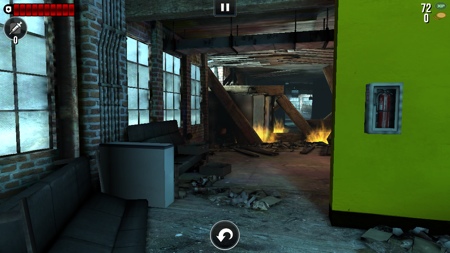 So, between bouts, you'll be free to investigate the surrounding area and hunt for items (letters and documents, dead bodies, ammo boxes) that give you bullets or XP (one of the game's currencies).

There are also cutscenes. Most feature protagonist Doug gabbing on the phone, but you'll also witness some nasty encounters with enormous crowds of zombies. Great tornados of the undead that rip through the street and destroy everything in their path.

You'll never have to deal with more than a handful of walkers at any one time in the game, but the cutscenes are cool.

The game is based on the movie, of course. But there are some nods to the book. "The fiction of the zombie outbreaks in the journals you find, and the key locations were picked from places that events happen in the book," the game's director explains. 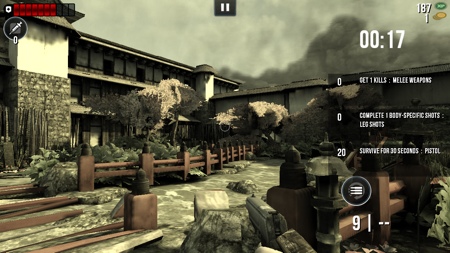 We're not sure if World War Z will be a paid game, but the in-app purchase stuff is a little shady. Certain guns are hidden behind a premium paywall, the difficulty spikes will have you wondering if you need to buy more upgrades, and you lose any ammo you used in your last attempt when you die.

The game should be out this week or next week on iOS and Android.

This week on the PS Vita Store: The HD Adventures of Rotating Octopus Character, Quell Memento, and Imaginstruments