The Xperia SP is the update to last year's Xperia S, and sees the return of the transparent antenna left out of recent models.

Other notable changes include a larger display, support for LTE 4G, a bigger battery, and a newer and more powerful chipset.

Sony has swapped the 1.5GHz dual-core S3 processor of the Xperia S for Qualcomm's S4, clocked at 1.7GHz. The camera uses a newer Exmor RS sensor for better low-light performance, but drops from 12 megapixels to eight megapixels in the process. 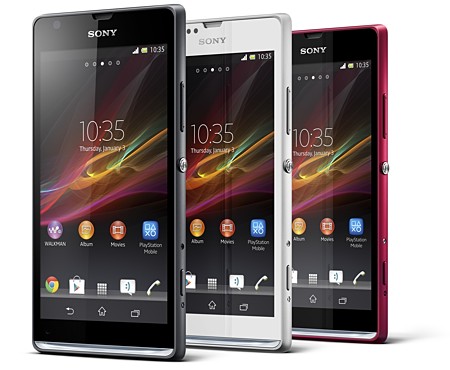 Wi-fi now gets 5GHz support, and the phone ships with Android Jelly Bean (V4.1) onboard. Sony promises an update to 4.2, or perhaps even 4.3, in the coming months.

The transparent bar, which does have a purpose by serving as the antenna (as well as being a talking point), now has three multi-coloured LEDs. These change colour for notifications, charge status, and viewing images, and they animate when you play music through the Walkman app.

The good news is that the lighting options can be controlled, or even turned off completely. 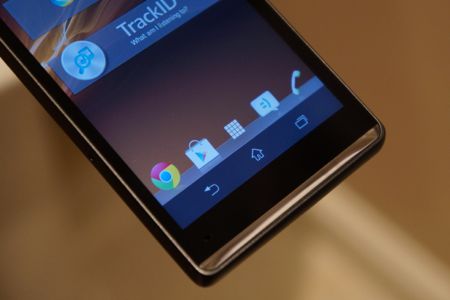 As with all Xperia devices released in 2013, the Xperia SP has Sony's new trademark 'power' button, which has become a major design feature. Better still, it's positioned almost dead centre along the right-hand edge for easy access, unlike up top on the Xperia S.

Above the 'power' button are the volume keys, while the bottom has a dedicated 'camera' key to fire up the camera quickly. 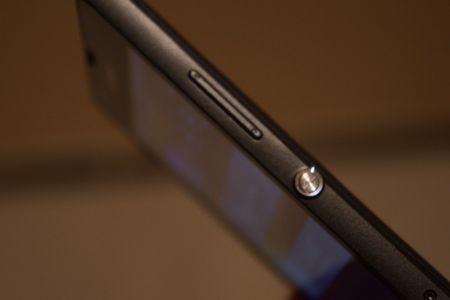 Although the battery cover is removable, to allow you to change SIM and insert a memory card, the battery itself is fixed.

Perhaps the biggest change is the larger 4.6-inch (720x1280-pixel) screen, which Sony's designers have made possible by removing the touch-sensitive buttons that previously sat above the antenna bar. 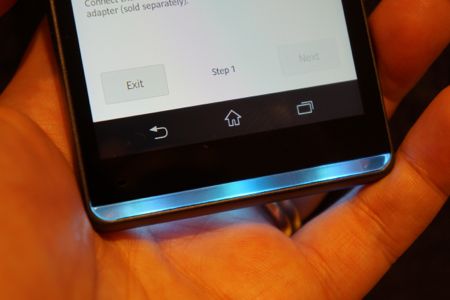 The latest image sensor boasts many improvements, but the most important thing is whether it actually improves the image quality on a day-to-day basis - especially with fewer pixels to work with. 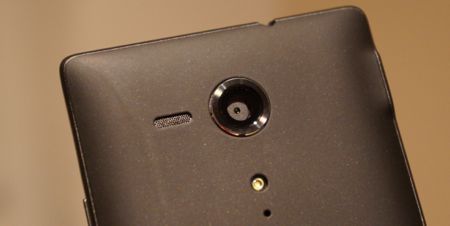 As with its separate range of cameras, Sony has added an Intelligent Auto mode that, in theory, is the only mode you'll ever need to use.

While it does an excellent job of analysing the scene and determining when there's movement, a strong backlight, or people present (even detecting babies and infants), it isn't as perfect as you may have hoped.

For example, activating HDR mode on its own can easily ruin photos if there's any movement. Unlike phones that save the original photos, the Xperia SP only saves the combined photo. If there was movement, you'll get the mix of two individual photos and a ghosting that renders the photo fit only for the bin. 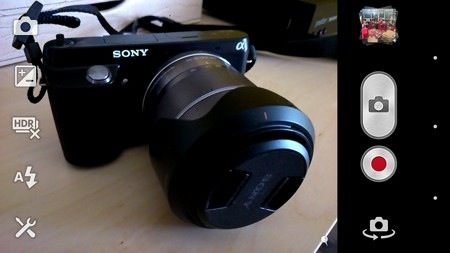 The Xperia SP camera tries to be like its DSLR range, but stick to manual modes

In other modes, especially when the light is anything but excellent, the phone applies too many filters to remove noise. This results in photos that are devoid of detail and extremely disappointing when viewed on a big screen, often looking like they were taken on a far more basic handset.

This is the same issue that afflicted the Xperia Z, but recently Sony has begun to roll out an update that tones down this overzealous post-processing. Hopefully SP owners will soon get a similar update, and the quality will improve.

Fortunately, there's a way to improve things before this happens: simply ditch the Intelligent Auto mode and pick your scenes manually. Or resort to the Normal mode, which acts more like camera phones did before they tried to emulate DSLRs. 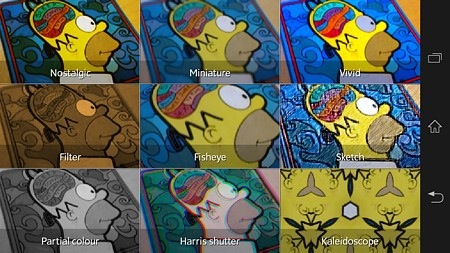 A range of picture modes can spice up photos

Video recording (full HD at 30 frames per second) fares well, while the range of picture effects first seen on the Xperia Z are also found here. The only missing feature is the burst mode.

It might seem as though the Xperia SP isn't much of an upgrade, but there's a big difference between Qualcomm's S3 and S4 chipsets, as well as the GPUs. It means an AnTuTu benchmark of 16,479, which is not far short of Google's Nexus 4 (18,096), with its quad-core S4 and the same-sized 720p display.

Compared to the original Xperia S, at 8,418, it's clear that the Xperia SP is in fact a massive upgrade. With the Xperia SP having fewer pixels on-screen to render, it's unlikely you'll notice much performance difference between the SP and the quad-core Z, except the latter will cost you more. 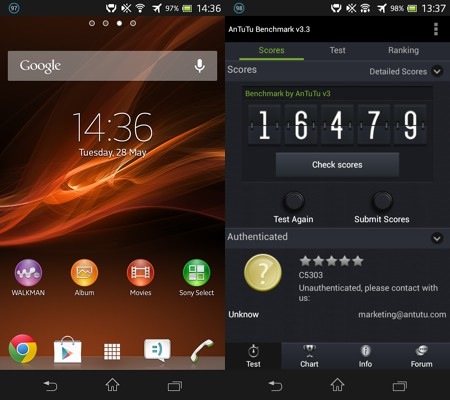 The larger battery (2370mAh) on the SP means you'll be able to play for longer with the Sony, while the memory card slot means being able to store photos, music, and video elsewhere, to keep all of the 8GB of internal space free for apps.

The bad news is that you can't install apps on the memory card directly, although many apps will at least store game data or downloaded content (e.g. Spotify music) on a card if detected. In the case of the Xperia SP, the phone will accept cards up to 64GB in capacity.

Finally, the SP also supports PlayStation Mobile and also comes with integrated support for DualShock PS3 wireless game controllers. The PSMobile app can also be downloaded to gain access to a large range of back catalogue games and newer F2P titles. 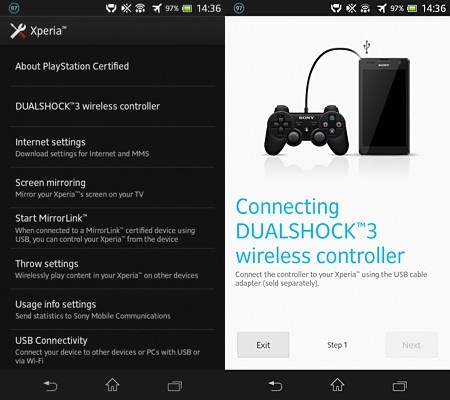 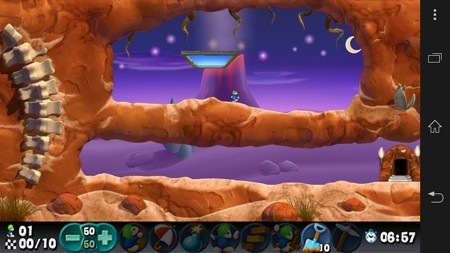 The UI isn't as native as it is on a Nexus smartphone, and nor has Sony been very good at providing timely updates in the past year (a bad sign for the future, perhaps), but at least the phone has a few other benefits over Google's current flagship.

There's LTE 4G support, which is important even if you buy on a non-4G network today, given that every network will be offering it by the end of the year.

The Xperia SP also has support for MHL, to connect to HD televisions (as well as Miracast to share the display wirelessly) instead of the more expensive SlimPort system used by LG, while the larger capacity battery is increasingly becoming as important a feature as any other. 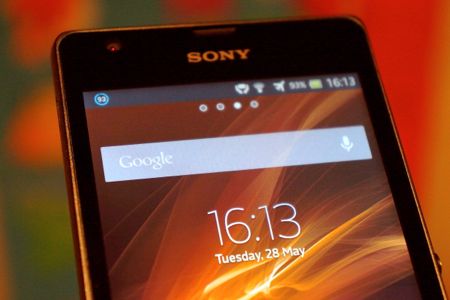 The delayed release of the Xperia SP in the UK has caused a bit of a dilemma, as Sony has recently announced the Xperia ZR, a water-resistant phone that is very similar in size and shape to the SP, but with a full-HD display and quad-core S4 processor.

Sony hasn't yet confirmed that the ZR will be released in the UK, but there's no reason for it not to be. And, while it will almost certainly be more expensive, it could be a better purchase in the long term.

Aside from that, wi-fi performance is perhaps the only problem I experienced, with the phone occasionally losing connection to my wireless router in locations that I'd normally expect to remain connected.

Given the inclusion of that fancy antenna, it seems a little ironic that radio performance might actually be degraded at times. 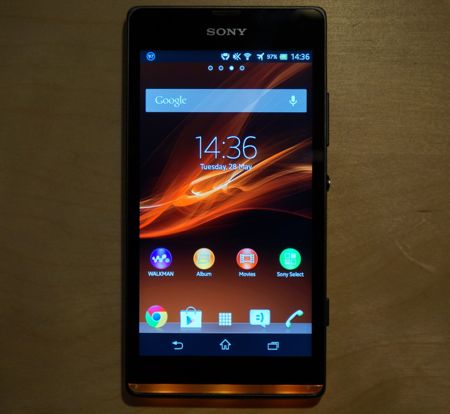 Sitting below the flagship model, this phone won't likely be promoted as heavily as the Xperia Z, but it offers a cracking performance and will be ideal for anyone that thinks a 5-inch display is overkill.

The transparent antenna bar might be seen as a gimmick, but it fits the design better than the Xperia S, and the coloured lighting will also be attractive to some. 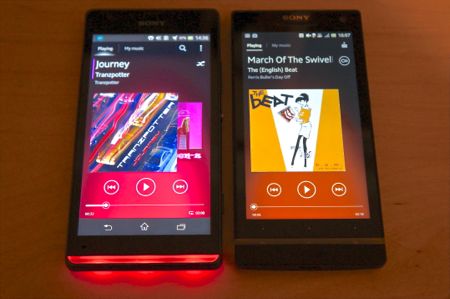 Best of all is the large capacity battery, which - combined with a slightly lower processor performance and a lower-resolution screen - actually means a better overall performance. Sony's own power-management tools can further boost the standby time, too.

Finally, unlike the Xperia Z, the coloured variants of the SP (white and red) actually see that colour brought to the front of the phone too, and not just the back.

All in all, the Xperia SP offers a high-end performance at a mid-range price, and it deserves to attract many fans.

A year on from the Xperia S, Sony has improved the screen, squeezed in a better battery, and doubled the performance. It might no longer be a flagship, but it's still a worthy contender
By Jonathan Morris
| May 30, 2013 |
Android + Mobile

The Firing Line: 5 questions for Rodeo Games on Warhammer Quest