Out of this world

Samsung must be rather proud of itself at the moment.

Why? Well, because it has recently announced that it has shifted 10 million Galaxy S4s worldwide little under a month after its new superphone went on sale.

And that's in spite of some initial shipping delays in the UK.

Although we had some reservations about Sammy's new flagship Android phone, that hasn't prevented rather a lot of people around the world from popping to their nearby phone dealer and picking up a Galaxy S4. 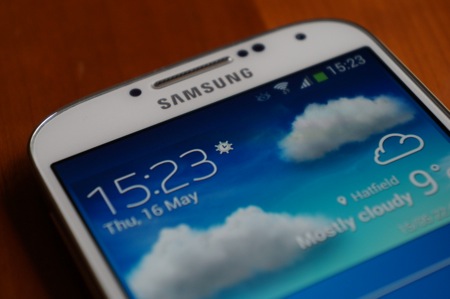 And despite consumer lust for the existing black-and white Galaxy S4 models showing no signs of abating, Samsung is adding four new colours to the mix later in the summer.

Throw in the imminent Galaxy S4 Active and Samsung is clearly set for world Galaxy S4 domination. Well, except for one last thing...

There's always one, isn't there.

Playdek slashes price of Ascension: Chronicle of the Godslayer and more in Memorial Day weekend sale

Just how far would YOU go to win a Galaxy S4??

The Galaxy S4 is your new Life Companion