SmartGlass integration from the ground up

Microsoft finally put those pesky Xbox 720 rumours to bed when it lifted the veil on its next generation console: the Xbox One.

Unlike Sony's unveiling of the PlayStation 4, however, the Xbox One revealed precious little to excite mobile gamers.

In fact, there were really only two mentions of tablets and smartphones during the entire presentation.

Yusuf Mehdi showed the audience that they could use their smartphone as a remote control for "snapped" applications like Internet Explorer while Mark Whitten mentioned that SmartGlass would be integrated from the ground-up and would serve as a viable input option alongside the Kinect and Xbox One controller.

This was a bit disappointing, as we had high hopes once Microsoft's Don Mattrick said the goal of the Xbox One was to "harmonize" the fragmented, multi-device living room experience. 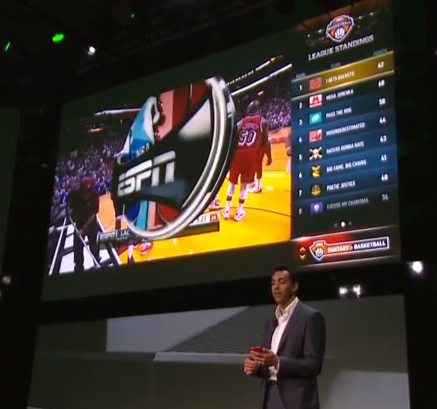 With E3 less than three weeks away, there's still a good chance that Microsoft will announce more smartphone and tablet features for the Xbox One - but it's intriguing to see how vastly different Sony's PlayStation 4 announcement was in contrast.

We never even saw the PlayStation 4 during Sony's press event in February, but instead we were told that gaming's no longer about a traditional console.

Further, Sony argued that next gen gaming will be about finding the best places to play. To this end, it went on to name the PS Vita the "ultimate companion device" for the PlayStation 4.

With the Xbox One we instead saw a lot of interesting voice controls, a Metro-like navigational interface for menus, and a dog in a motion capture suit - but it appears that Microsoft is still viewing the Xbox One as a typical, albeit impressively engineered, living room console.

Microsoft has a lot planned for the Xbox One in the months ahead, like 15 planned exclusive titles - eight of which are entirely new franchises - but it will be extremely telling to see how much focus is placed on mobile integration.

...and we weren't kidding about the dog in the motion capture suit by the way: 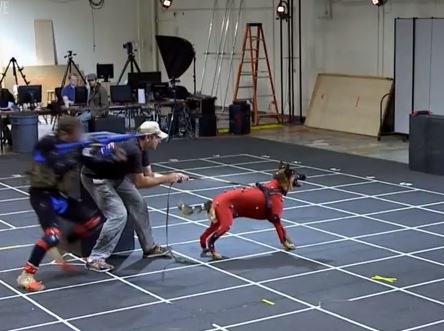 Dots: A Game About Connecting