Hands-on with the Nokia Lumia 925

At Nokia's media event in London yesterday, the Finnish firm may not have shown off the long-rumoured 41-megapixel Lumia EOS, but there's nonetheless something interesting about the handset that was unveiled, the Nokia Lumia 925.

On the outside, it looks, well, very un-Lumia like.

For fans of the range, that might be something of a worry. It appears Nokia has decided to put its own signature style to one side for one moment and launch a device that - dare I say - looks a lot like other phones already on the market.

Indeed, the Lumia 925 seems to be a phone aimed squarely at consumers currently rocking blowers manufactured by Nokia's rivals.

Is that a bad thing? Well, for those who have found previous Lumia devices too bulky or too heavy, no. 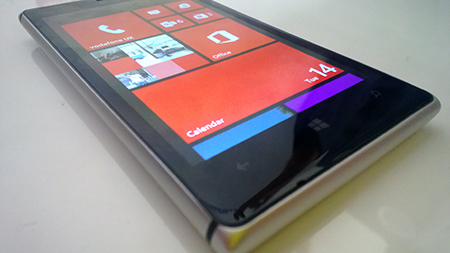 With the Lumia 925, Nokia eschews a few of the range's previously much-touted innovations. So, for instance, wireless charging is gone - unless you buy a clip-on cover that snaps on the back of the device, that is.

The pay-off, however, is a much lighter phone.

Standing holding the Lumia 925 in one hand and my own Lumia 820 in the other, the difference in weight is stark. The Lumia 925 is also appreciably thinner than its predecessors.

The metal rim on the Lumia 925 also marks a departure in terms of design philosophy from The Big N, and helps to distinguish Nokia's new flagship phone from the other Lumias on the market. 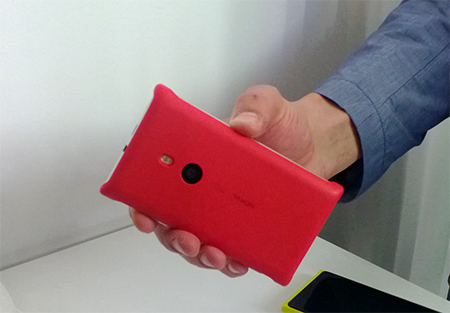 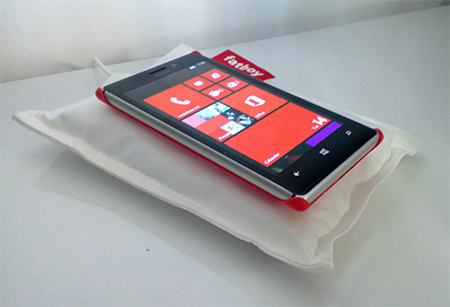 All in all, the shape and construction of the Lumia 925 seem much more in line with the style of devices Apple and Samsung are serving up than any Windows Phone Nokia has produced to date.

Things feel decidedly more Lumia like, however, when you turn to the camera.

It's hard to judge just how great a leap the 8.7-megapixel Carl Zeiss lens represents over the cameras on other Lumias on sale in the largely static, stage-managed white environment of Nokia's chosen venue in London's Holborn.

Nonetheless, it was clear from the shots we saw taken - largely by assistants on standby rather than the press - that the Lumia 925 can more than hold its own against the market-leading cameraphones. 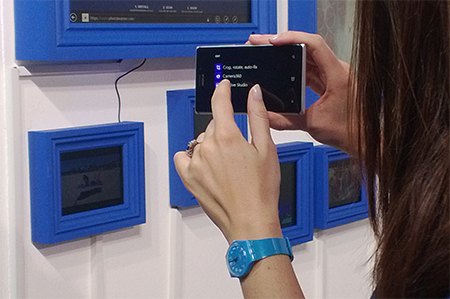 After firing up the app, a series of shots are taken in quick succession, enabling you to play around with the action in just one frame. For example, you can import elements from other shots in the series, duplicating objects or switching the background.

You can also play around with the focus of each shot, highlighting the foreground by adding motion blur to the background.

It constitutes part of the comprehensive imaging package Nokia has been working on delivering for Windows Phone ever since Nokia formed a strategic business partnership with Microsoft back in 2011. 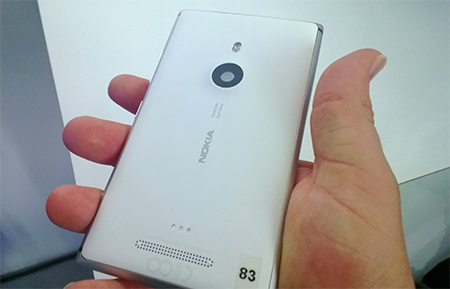 Interestingly, the Nokia rep at the event revealed that Microsoft has opened up the Windows Phone camera settings so that Smart Camera - or, indeed, any other photography apps you download - can be set as the default camera program on your handset.

That's a noteworthy change in platform openness from Microsoft. And it's one that Nokia won't be the sole beneficiary of, the rep confirmed.

Aside from cameras and photo apps, the other area in which Nokia undoubtedly has the advantage over other Windows Phone vendors is build quality. Suffice it to say, Nokia has continued its fine tradition in this department with the Lumia 925.

Indeed, the metal finish around the Lumia 925's edge lends this device something of a premium feel. In terms of finish, it's on a par with Samsung's Ativ S, though the Lumia 925 has a far slicker contemporary design than Samsung's Windows Phone device.

According to Nokia, the Lumia 925 boasts its brightest display to date, too. 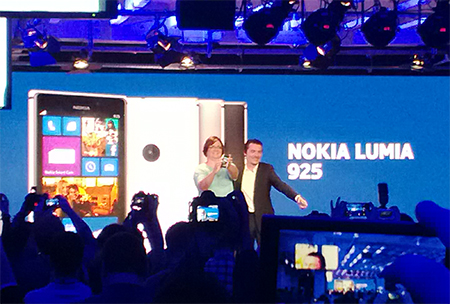 As ever, the Windows Phone power, camera, and volume buttons feel a little too loose for my liking here. That aside, though (and despite the switch from a coloured coating to a more 'traditional' one), the Lumia 925 looks like one of the slickest phones on the market.

On first look, there's nothing really here that suggests existing Windows Phone owners will wish they'd held out for the Lumia 925, but maybe that's not the point.

The Lumia 925 feels like the most traditional, mainstream device the Finnish giant has produced for some time.

At a time when many potential consumers are seemingly put off by what they deem to be Windows Phone's radical UI, perhaps something a little more 'safe', a touch more conservative is just what it'll take to win them over. 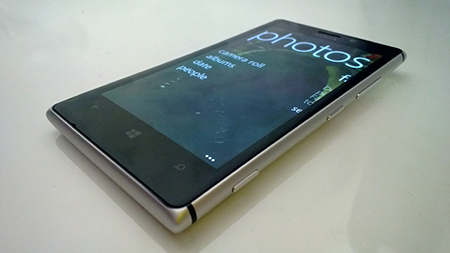