Prepare for the end

As you probably already know, the football season in this part of the world is - slowly but surely - drawing to a close for another year. In fact, most Premiership teams have just two games left to play.

If - like I - you need a regular football fix during the off-season, then, you have two choices.

You can either head over to your local 5-a-side footy centre and compete against similarly 'lost' souls from your area, or you can sit at home on your backside and fire up one of your many consoles.

Here's why the latter option is infinitely better than the former...

1. The half-time snacks are much better

If you're lucky, you'll get a bottle of Lucozade, a couple of slices of orange, and the occasional Jaffa Cake during half-time at your nearest branch of Goals.

If you're sat at home playing on your iPhone, however, you can eat pretty much whatever is in your or your mum's kitchen cupboards.

And if, by some stroke of luck, you're playing FIFA 13 on your iPad on a Sunday around your parents' house, you may even be lucky enough to sample one of your dad's world-famous (so he thinks) roast dinners.

2. You don't have to shower with other people

Yeah. This one is pretty self-explanatory.

Given the choice between a long, relaxing soak in my oversized bath indoors or a quick rinse and repeat in some rat-infested communal changing room, I know where I'd rather be.

Ahh, I can smell the lavender from here.

3. The referee is (almost) always right

Referees and assistant refs in video games rarely make bad decisions. If you're flagged for offside, it's because you've stupidly run offside.

In real life, however, referees and their assistants (bar the hawk-like Sian Massey) are a little less perfect. Plus, if you argue with your unfriendly neighbourhood volunteer ref, he / she will likely argue back.

If you're not careful, you'll end up with a red card and a black eye. 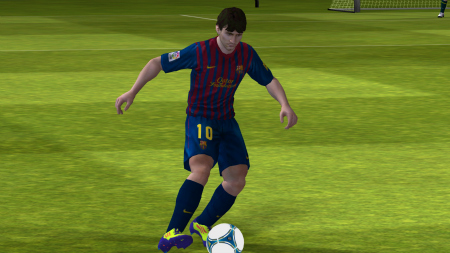 4. You can manage the whole team

Let's face it, you're probably never going to get the chance to manage a real-world football team. You stand even less of a chance of managing a top-flight team like Liverpool FC or Manchester United.

In the world of virtual football, however, you can manage whoever you ruddy like. If your favourite team is FC Barcelona, select the Blaugrana's badge from the menu screen. Easy.

Just don't go and do anything stupid, like trading Lionel Messi for James Milner.

It's pretty hard to injure yourself sitting at home on your couch with a PS Vita in your hands. In fact, the only two possible portable gaming-related injuries I can think of are thumb strain and - if you're stupid enough to drop your console on your foot - bruised toes.

In real football, however, you can pull muscles, tear tendons, break bones, and, of course, suffer plenty of groin injuries.

The less said about those pelvic pains, the better, though.

6. You can provide your own commentary

We've all done it.

We've all - when we were a little younger, admittedly - muted the television or our handheld and decided to commentate on our own matches.

Sure, Martin Tyler and Alan Smith are pretty good at their jobs, but they just don't get as excited as I'd like them to each time I go on a mazy run. 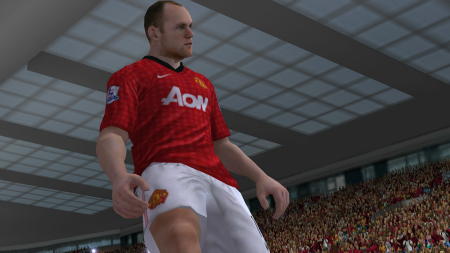 7. Swearing won't get you sent off

We've all done this, too.

How many times have you sworn at your TV or your 3DS because the game you're playing has frustrated you? Too many to count, I bet.

If you swear at the ref in a real football game, you'll be taking an early shower. Swear at your TV, instead, and you'll probably just get a telling-off from your mum.

8. You can play with the likes of Gerrard, Ronaldo, Ibrahimovic, and Bramble

Video games represent your best (and probably only) chance to play alongside the likes of Iniesta and Ronaldo, who are - I'm sure you'll agree - two of the greatest players ever to set foot on a soccer pitch.

You can only play alongside Fat Barry, Hairy John, and Takeaway Tony so many times before you begin to wish for better teammates.

Want more? Check out our growing collection of FIFA 13 articles!

PocketGamer.biz Week That Was: Apple swings the banhammer, Sony loves the indies, and a new unconsole appears

FIFA 13 celebrity tournament - the only cup that matters