Huawei has a good track record of selling high-performance phones at budget prices. The G510 is the latest entrant, packing a dual-core performance and high-resolution display for £130 on pre-pay.

Anyone expecting performance comparable with high-end devices costing £500 or more should stop reading now. But with Google's Nexus 4 available for under £300, can Huawei still offer as much bang-for-the-buck as some of its new competition?

There's not much to look at with the G510. When people speak of generic black slabs, this is what they mean. 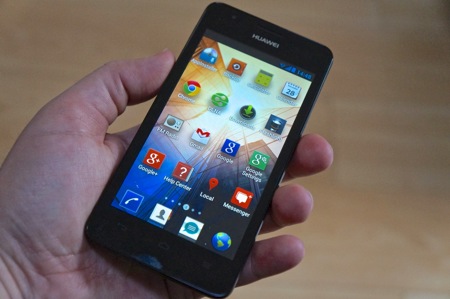 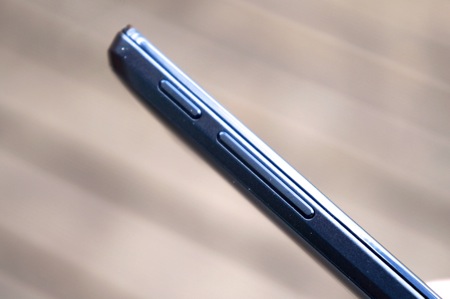 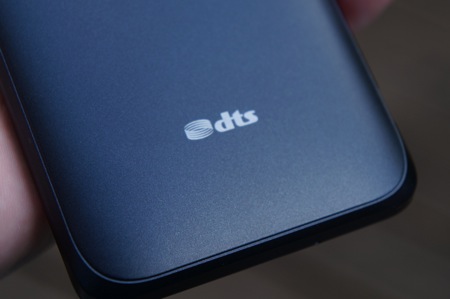 Whether looking at it from the front, back, or sides, you'll see very little besides the Huawei name and a dts logo - an added feature to improve its musical playback capabilities.

But despite its anonymous styling, the phone packs in an impressive 4.5-inch display and a 480x854 pixel display. Not quite HD, but certainly a lot better than many handsets at this price point. 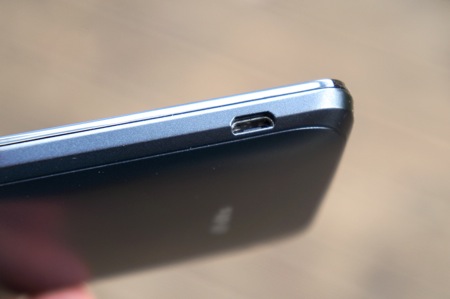 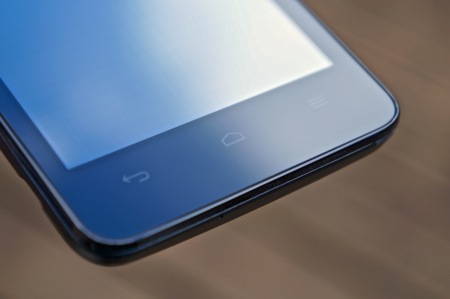 Huawei has created what it proudly calls its Emotion User Interface. It's a combination of a home screen and app launcher in one, accompanied by a series of custom widgets that can be placed anywhere and give easy access to contacts, music playlists, photo galleries, and more.

It also means no separate launcher icon to get to your apps, which are now just a few more panel swipes away. While this makes things a bit more fluid, existing Android users will perhaps prefer things to have remained as they were. 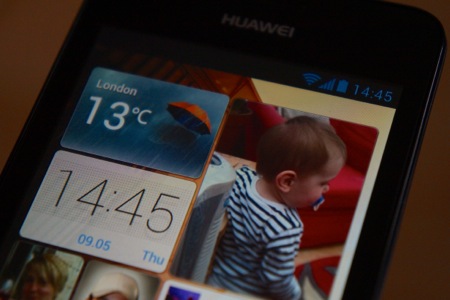 The 'settings' menu has also been divided up into two sections. You still get the ordinary Android list divided into sections, but also a 'general' tab that gives quick access to things like wi-fi, Bluetooth, brightness, and volume. You can also quickly change your wallpaper and theme here, the latter offering new wallpapers, ringtones, and icons.

On the flip side of the phone is a 5-megapixel autofocus camera with LED lamp, but video recording is restricted to a rather awful 640x480 pixels, limiting the overall usefulness of the camera for movies. 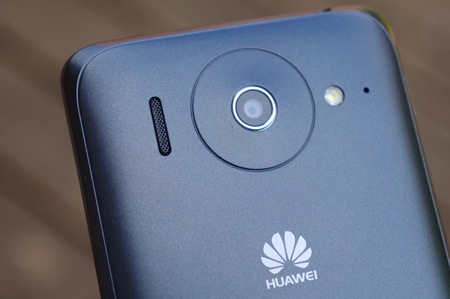 However, despite the phone's simplistic camera interface photos are noise-free in all but poor lighting. Taking pictures is quick and easy - you just touch on the screen to focus and then touch again to take a picture without lag, or tap the 'shutter' icon and wait a small moment.

You can gain access to the camera from the lock screen and it launches quickly, making it quite practical. 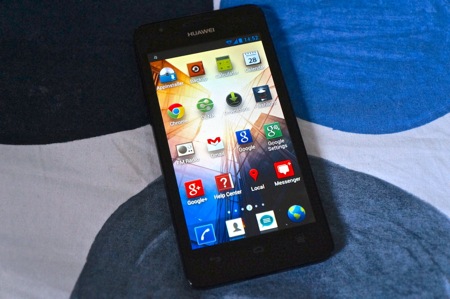 Huawei has made a big deal of pointing out that this is one of the only entry-level smartphones to pack in a dual-core processor, but is it really packing enough of a punch to let you enjoy the more powerful titles?

I'm a fan of Activision's Pitfall! from the Atari 2600 days, and so this was one of the first titles I downloaded. Incredibly, I was warned that my 2013 smartphone might not be up to it.

And, even more incredibly, it wasn't. 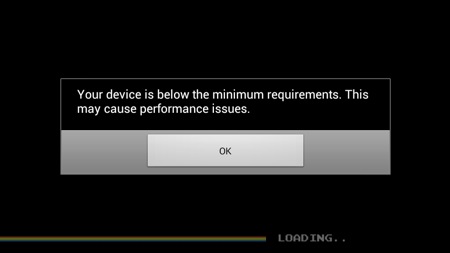 Things didn't improve when trying to download EA's Real Racing 3, where it wasn't a lack of performance that caused problems but rather the lack of storage space.

With just 4GB of internal storage, the Ascend G510 simply didn't have enough room. In fact, with the required 1GB of game data to download, the phone was around 400MB short - and that was after uninstalling every extra app I'd already downloaded.

Fortunately, the phone has a memory card slot that you can install apps on, with the obligatory warning that you'll lose vital data should you later remove or format the card.

With a card inserted, the game proceeded to download and, amazingly, after nearly an hour of fingernail biting actually ran pretty well. Clearly, some titles are better able to cope with low performance than others. 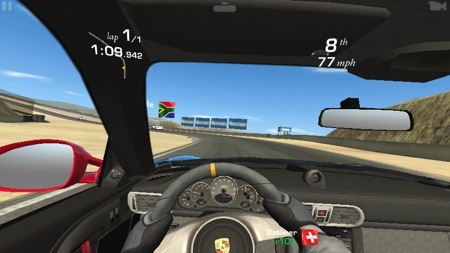 Real Racing 3 did run, even if downloading it was a mission in itself

Suffice it to say, I didn't have time to check every single game on the Google Play Store, so I'd still be rather wary about buying this as a gaming handset.

Notwithstanding Huawei's claims, AnTuTu revealed that the G510 really isn't that powerful. A score of 5,841 came as a bit of a shock, leading me to conclude that you'll have to either stick with more simplistic games or gamble. 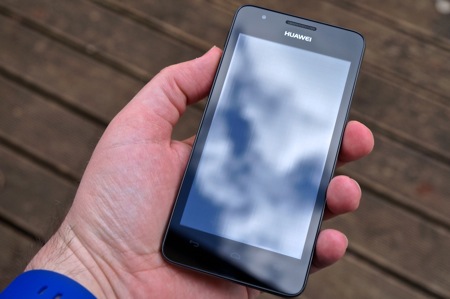 The G510 packs in a decent sized, swappable battery, and the battery life is certainly better than on more powerful models, but I'd probably have preferred a bit more clout in the processing department, and a larger battery still to compensate.

The camera performs well, and the loudspeaker is punchy enough to let you enjoy music or watch a movie on the go, further enhanced with the dts mode enabled when using headphones.

Huawei has also managed to include NFC, which makes it easy to read smart tags and share content with other NFC-enabled Android owners. It's not clear if you'll ever be able to make payments, but that's an industry-wide issue.

Even Huawei's own on-screen keyboard performs well. While I would always recommend purchasing a third-party app like SwiftKey, the native keyboard works pretty well. It allows you to easily enter numbers and symbols by swiping down over the appropriate key, instead of switching mode or holding down that key. This speeds up text input noticeably. 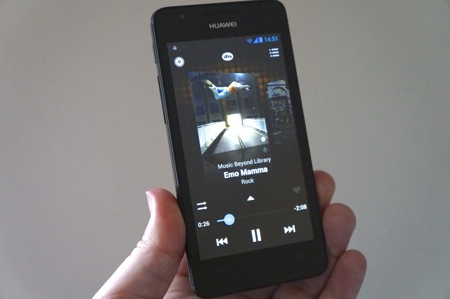 You simply can't ignore the fact that the G510 is fairly slow, despite having a dual-core processor. You might question whether it makes much difference to normal day-to-day use, but it does stutter and pause at times for no logical reason.

Given the launcher itself often restarts, many of the problems are likely to be down to the phone having just 512MB of RAM, which is further reduced to 384MB after a portion is reserved for the virtual Java machine.

That's clearly totally insufficient for the demands placed upon the phone by the very latest version of Android, not to mention the various apps and services that have to run in the background. With the latest handsets coming with 2GB of RAM, and future models with 3GB, this phone should have had 1GB as the absolute minimum.

In what must be something of a first, I was left wondering whether an older version of the operating system might have actually made for a better experience given the hardware. 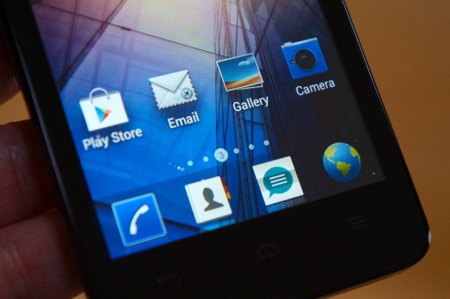 As a smartphone with the latest version of Android, a good-sized screen, and a decent camera (for stills, not video), the G510 is a good choice for anyone with reasonable expectations.

However, as time goes on you're likely to be tempted to try more than just the simple apps and games, and this is where you'll discover that the phone can't really keep up.

For installing more than a handful of apps, or even just one or two games, you'll also need to invest in a memory card to get around the pitiful internal storage that comes as standard.

So it's not all bad, but Huawei (and other manufacturers of low-end Android devices) needs to step up its game from now on, not least because for only £110 more you could grab a piece of the high-end market via the Google Nexus 4.

With thanks to Vodafone for supplying us with this review device.

From a gaming perspective, the G510 doesn't offer a consistent enough experience to be a serious consideration
By Jonathan Morris
| May 10, 2013 |
Android + Mobile
SEE COMMENTS