Updated on June 3rd, at 10:00: This time, we've gone hands on with Hot Spring Scramble.

This is the final update to our Fire Emblem DLC review round-up. More content packs are on the way (and don't worry, we'll keep you informed), but we must retreat from the battlefield so we can live to fight another day.

Fire Emblem: Awakening is the first entry in the venerable tactical RPG franchise to serve up paid downloadable content.

Once you finish chapter four, you'll be able to gain access to the Outrealm Gate, and buy additional maps. Here, you'll face new enemies and scenarios, and grab rewards that carry over into the main campaign.

New content will be added to the game regularly, and we'll be giving hands-on impressions of the maps as soon as Nintendo releases them.

Read on for our thoughts, fellow traveller... 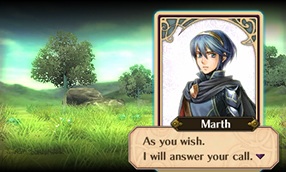 You'll be able to recruit some of these ancient heroes for your party if you win the battle.

This first map is a Fire Emblem fanboy's dream. It features an all-star cast of past characters, like series mascot Prince Marth, Path of Radiance's Ike, and Alm from Fire Emblem Gaiden.

Plus, the map is a complete clone of Talys (a small island kingdom from the first Fire Emblem game), and the two songs are chiptune reprises from the Famicom original.

It's very easy - the map is only one star, and the handful of evenly spaced enemies are levels 7 and 8 - but the Fire Emblem fan service and reward (Prince Marth for your main army) make it well worth the free download. (Note: The content is no longer free)

Another blast from the past now. Once again, we're on Talys, but now with the music of GBA game The Binding Blade and a fresh batch of Fire Emblem veterans, including Eirika, Lyn, and Celica.

It's a very short and simple match - just ten enemies, at levels 9 through 12. The real appeal, of course, is getting to see classic 'Emblem heroes reprised as cute 3D models. Plus, you'll get to hire Smash Bros pugilist Roy for your militia.

For card-carrying Fire Emblem obsessives only, then. 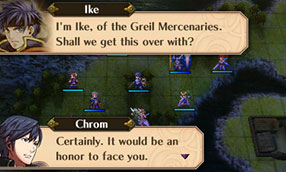 I'm starting to get déjà vu. For the third time now, we're on Talys, a tiny island from the first Fire Emblem, and the location for all three Champions of Yore maps.

Once again, you'll fight heroes from past 'Emblem games, including Sigurd (Genealogy of the Holy War), Sothe (Path of Radiance) and Eliwood (Binding Blade). There are 20 enemies, at levels 10 to 15, and no NPCs to help you.

This might be a good time to mention the bizarre difficulty - or lack thereof - of all this DLC.

Because I have finished Fire Emblem: Awakening and all my characters are at very high levels, and because enemies don't level-up in step with your party, this DLC was pathetically easy.

So, unless you play these bonus maps at exactly the right time in the campaign, it will either be too hard or too easy. And seeing as they're released over the course of several months, that's even more difficult to co-ordinate.

Anyway! If you beat this map, you'll get Micaiah (who has a handy Rally ability, which gives luck plus eight to all nearby units). You'll also get an item that gives you a skill that grants plus two to all your stats.

As ever, the Champions of Yore DLC is only really recommendable if you're a Fire Emblem super-fan. Someone who knows his Gaius from his Galzus. Everyone else can jog on.

These DLC maps will essentially let you add loads of gold, EXP, and weapons to your stash. It almost feels like cheating... 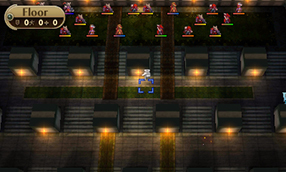 This first map features a small army of Risen who are all grasping big sacks of gold. In each turn, they'll ignore your team and simply make a beeline for the exit at the bottom of the arena.

If you can catch them and kill them, you will liberate those funds for your own personal war chest.

The enemies range from level 1 to level 20, and carry more cash the more powerful they are (from 1,000 to 7,000 gold). So, no matter how high powered your units are, you'll walk away with something.

In practice, it all feels a bit sleazy. It's the closest Fire Emblem comes to offering a iOS-style in-app purchase - because given how low-risk this throwaway battle is, you'll likely walk away with a huge influx of money and be no worse off for it.

I ended the mission with about 25,000 gold and no wounded units. It felt so wrong that I refused to save over my main game.

If you're desperate for a quick cash injection, then this piece of DLC will give you exactly that. But if you want to play pure and fair, just skip this boring map.

Like The Golden Gaffe above, EXPonential Growth gives your party a massive boost at no real risk to the player. Instead of gold, though, this time you'll walk away with enormous amounts of experience points.

The idea is the same: 17 Risen - of varying levels - ignore your party and rush towards the exit at the bottom. If you can collar an enemy and beat it, you'll get a huge rush of EXP.

It's hugely effective. I levelled-up half my party in a few minutes of play. But, once again, I refused to save the progress. It just feels too much like cheating (only, instead of a cheat code or a GameShark, you're paying two quid). 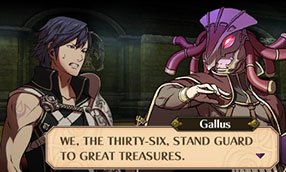 Unlike the other maps in this pack, you'll really have to work for your rewards. To get to the three treasure chests, you'll have to fight through 36 high-powered level 18 enemies. You're also in a race against four thieves who will nick the lot if you're not quick enough.

It's all a little odd, though.

The treasure chest contents (a random weapon, from an assortment of super-powerful items) and your completion reward (a new unit and a discount on all shop purchases) are great, but you probably need to already have completed the game to ever have a chance of earning them.

Which makes them a little useless, at the end of the day. Still, it's an excellent map for Fire Emblem veterans who are looking for a post-game challenge.

Three maps which feature Chrom and pals getting overrun by monsters while on holiday. An adventurer can never rest, can he?

This map takes place at a marketplace festival which has become overrun by Risen. You know what to do: eviscerate the lot of them.

They're all level 5 (except the level 20 boss), but each has annoying skills like Counter (where damage done is dealt back in turn) and Miracle (where enemies survive lethal attacks). It's tactical, but it can be slightly tedious given the number of foes.

This map has a lot of conversations, where characters can stand next to each other (mid-battle) and have a gossip. If you appreciate the game's endearing characters, you'll enjoy this map.

There are also loads of item and EXP pick-ups, and a master seal if you're victorious.

It's very easy, but it's a solid mission with a novel strategic spin, and is the first piece of DLC that actually feels like it fits the main campaign. One to check out, especially for Fire Emblem newbies. 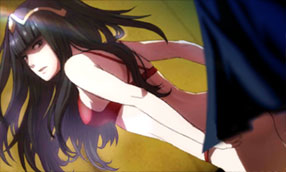 This map is for those who have really fallen in love with their party and want to see more conversations between the units. Oh, and for those who fancy perving over Chrom in his pants or Tharja in a bikini.

Yep, certain members of your party will strip down to their small things for this beachside brawl, and you'll be presented with giant images of your top fighters in their briefs. It's a bit bizarre (and caused some censorship controversy in the US), but makes for some funny chatter at least.

The actual battling is pretty standard. There's a bunch of enemies (level 1 to 18) to take out, but the sandy terrain will slow down almost all your fighters. Overall, a fun and slightly silly side-story.

This piece of DLC is very similar to the Summer Scramble. There's plenty of new dialogue, some characters have a wardrobe change, and you'll earn some Seeds of Trust for your efforts.

This time, the game takes place in a secret healing spring. Swordmaster characters will wear a yukata in battle, and some offspring heroes (including Lucina) will get special dressing up scenes.

The actual battling is quite fun. Enemies range from levels one through 23, and as an extra slice of strategy, enemy sword masters are too busy enjoying the steam baths to fight until turn eight.

A perfectly fine side-story to the game, with some welcome new conversations between your units.

[Update] Think you've got what it takes to beat our resident gaming god Gamer X at Fruit Ninja?