If you're old enough to recall the early days of first-person dungeon-crawlers, this retrospective puzzler might dislodge a few dusty memories from the back of your mind.

In this game, you are thrown into a series of mysterious corridors. It's your job to explore this monochrome environment in the hope of uncovering its secrets and making good your escape.

Unlike most point-and-click adventures, Hiversaires doesn't contain any text or dialogue to help you on your way. Instead, strange glyphs and symbols hold the key to unlocking the path ahead.

As you can see from our Hiversaires image gallery (and the trailer below), the game is a bit of a looker. Tapping the screen to advance pace-by-pace also gives us fuzzy feelings of nostalgia.

Given Hiversaries's eerie tone and visual puzzles, we reckon fans of Year Walk and The Room might find themselves right at home in this conundrum-cracking title.

If you like what you see, you can download Hiversaires on iPhone and iPad for £1.99 / $2.99 now. An Android version is reportedly in development. 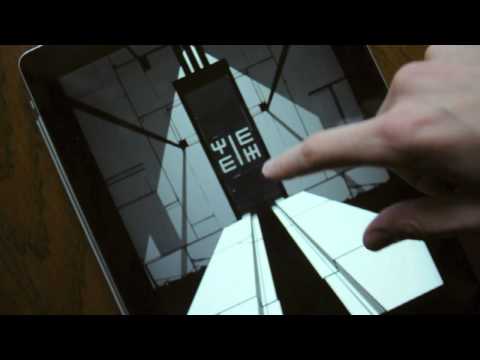