Veteran video game maker Peter Molyneux has just upped the stakes in his grand social experiment / massive time-wasting con Curiosity. How? By letting players pay to add cubelets back to the cube, of course.

Curiosity - if you forgot - is the iOS and Android app where millions of players work together to chip individual blocks off a massive great box. But only one person will find out what's hidden deep inside.

But a new update to the app might speed up - or slow down - that process. You see, Curiosity players can now spend real-world money on an item that will automatically remove or add great swathes of cubelets at the start of the next layer. 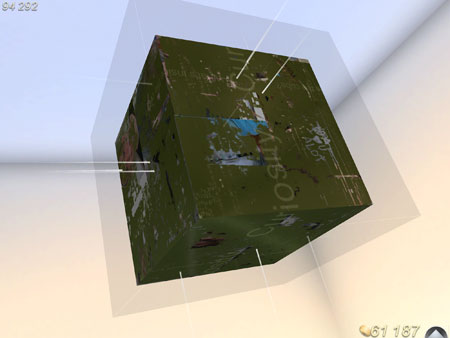 But players can pay the same amounts to add the same number of cubes back on.

"We don't know quite what will happen in this war of attrition," Curiosity developer 22Cans says. "Curiosity may very well rapidly degrade to reveal its innermost secret or maybe the effects of automatically removing cubelets will be neutralised by players keen to keep Curiosity going."

You can follow along by checking out the game's stats screen, which now shows you how many cubelets will be removed - and added - at the start of the next layer.

At the time of writing, 13 million cubes will be removed automatically from the next layer, but 4 million will be added straight back on.

In this update, the dev has also made a few gameplay tweaks, and has revealed how far Curiosity players have come.

You will also now see a phantom pulsating box around the cube, indicating just how much it has shrunk during its 'existence'.

For a weekly review of all the thrilling goings-on at the cubeface, by the way, make sure you read our Harry's ongoing diary. It's ace.

This latest Curiosity update is available now on iPhone and iPad. The Android version of the game should be updated soon.

Want more? Check out our 15 other Curiosity - what's inside the cube news stories!