Your weekly update on the latest mobile ports

With mobile and portable games jumping between rival operating systems and platforms at almost a moment's notice, we though it would be handy to gather up all the best port-related info from the last seven days and turn it into one handy list.

By ZeptoLab
Now on: Windows Phone
Previously on: iPhone, iPad, Android
Subscribe to Pocket Gamer on

As the platform is still playing catch-up when it comes to its games library, however, the title in question, Cut the Rope: Experiments, is only new to the Windows Phone crowd.

In actual fact, the physics-puzzler sequel has been kicking around on iOS and Android since 2011. Still, it's great fun, and, you know what they say: better late than never.

By Cobra Mobile
Now on: Android
Previously on: iPhone, iPad

It feels a little odd writing the following statement, but here goes: iBomber is now available on Android. It's that lowercase i. It threw us off.

But, hey. Perhaps this is the start of a trend. Maybe the Samsung Galaxy V will run iOS. Or we'll discover that Tim Cook and Oh-Hyun Kwon are actually best buddies.

Anyway, iBomber is a military blaster in which you drop bombs and other ordnance onto enemy battleships and bases. We quite enjoyed it, you might too.

Evofish
By Bulkypix
Now on: Android
Previously on: iPhone, iPad 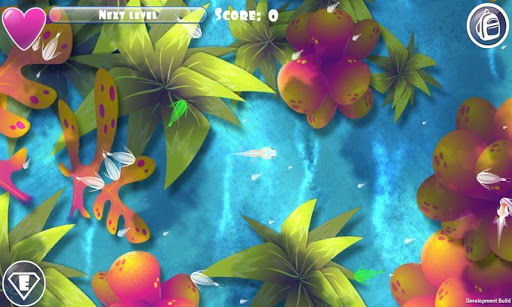 It's a fish-eat-fish world out there. At least, it is if the world is anything like Bulkypix's cannibalistic arcade title Evofish.

New to Android after a few months exploring iOS waters, Evofish is all about gobbling up smaller aquatic creatures to fuel your own evolutionary advancement.

Pick your species, then gobble your way through a 12-step evolutionary process to become the biggest fish in the pond. 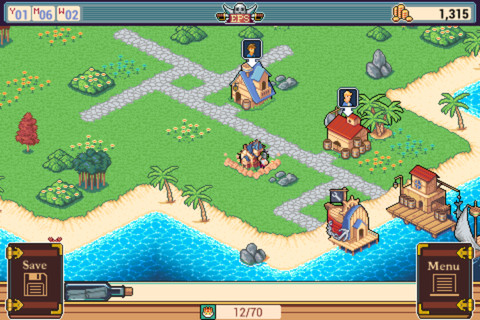 Don't be fooled by this game's appearance. Despite its title and pixel art visuals, this is not a Kairosoft title.

In actual fact, Epic Pirates Story is the first release from Epic Devs, a group of coders "inspired" by Kairosoft games like Epic Astro Story and Grand Prix Story.

Unfortunately, the result is both derivative and unimpressive. However, we'd be remiss if we didn't keep you in the loop. There: you're in. Here's a first for The Port Report: an Ouya release.

The dev builds of the Android powered 'unconsole' have met with some less than favourable reviews. But that hasn't stopped new games from popping up on the system's app store.

This WipEout knock-off didn't inspire much love when we reviewed it last year. Perhaps it'll benefit from the Ouya's physical controller. Or not.