Australia and New Zealand get some love, too

The PS Vita is primed to receive a potential system seller just in time for the holiday shopping season.

Media Molecule, the creative minds behind LittleBigPlanet, announced that its paper-and-cardboard adventure game Tearaway will arrive on October 22 in the United States before coming to Europe on the 23.

Vita gamers in Australia and New Zealand can look forward to Tearaway's release on October 24, while gamers in the the UK and Ireland will need to wait until October 25.

Announced back at Gamescom 2012, Tearaway's gorgeous graphics and innovative approach to gameplay quickly made it one of the most anticipated Vita titles of 2013.

Capitalizing on the Vita's veritable fleet of input options, Tearaway will have you drumming on the front screen, tapping on the rear touch panel, and yelling at your handheld to send enemies packing with a sonic blast.

If you'd like to know a bit more of what you can expect from Tearaway, you can read our hands-on preview with the game from earlier this year. 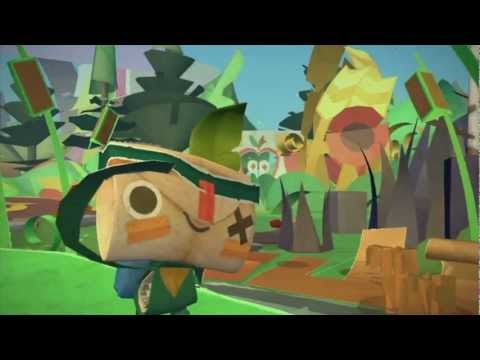