To be brutally honest, I didn't hold out much hope for my GDC 2013 meeting with Wikipad.

After all, this is a contraption that was announced at CES 2012 as a $499 10-inch Android tablet with slide-in controller unit and 3D functionality.

It's now a $249 7-inch Android tablet (1280x800) resolution with slide-in controller unit: sort of the opposite of feature creep.

However, I was very pleasantly surprised.

For one thing, the controller unit itself is not the cheap plastic thing that photos make it appear.

Holding one of the first units off the Chinese production line, it's light but solid even if the tablet isn't slotted in place. 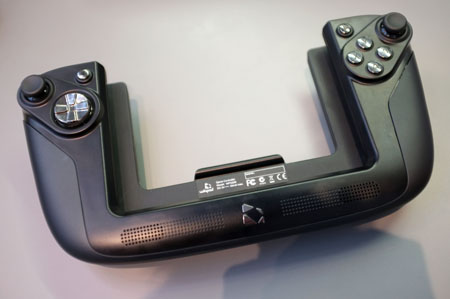 There's something missing. You get a tablet for your $249 too.


The black plastic and silver buttons aren't my favourite colour combination, but the two-tone plastic has a nice matte feel, while all the various buttons and pads are well judged, providing a good gaming experience.

Slotting in the tablet also demonstrates the overall attention to detail. It slides down well and clicks into place without any issues. 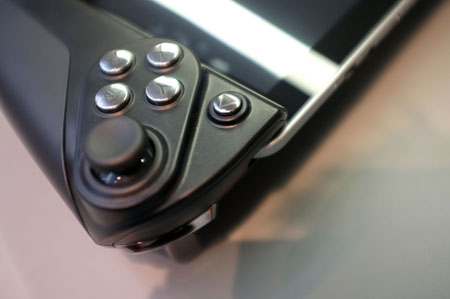 In terms of the tablet, it's actually a redesigned Nexus 7 (16GB), boasting physical tweaks, a better camera, HDMI output (so you can connect it to your HD TV), and an improved headphone jack, which now supports microphone input. 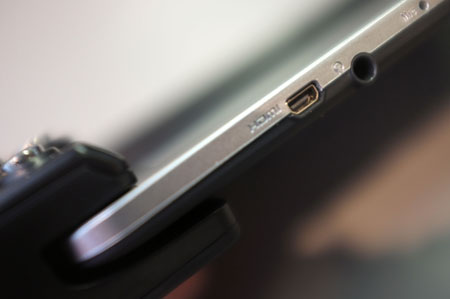 Wikipad has worked closely with the tablet manufacturer, peripheral maker, and chip companies such as Broadcom and Nvidia (which provides the quad-core Tegra 3-class hardware) over the design. 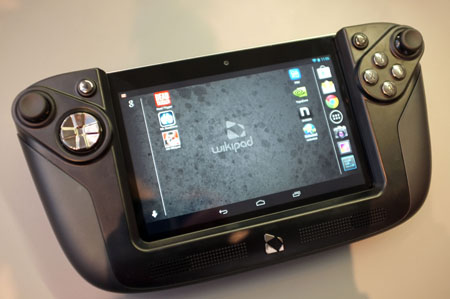 (OnLive has also been mentioned in the past, but that wasn't installed on the unit we looked at.)

For games to support the Wikipad, developers will have to do some work to map controls. Wikipad says this should only take about 30 minutes per game using an industry porting standard

So will Wikipad be successful?

But with a price point of $249/£249, Wikipad is highly competitive as you get a tablet and the game controller. Whether people will use the tablet as a standalone device when they're not gaming, remains to be seen.

Instead, the most vital thing for Wikipad's success is likely to be retail support. 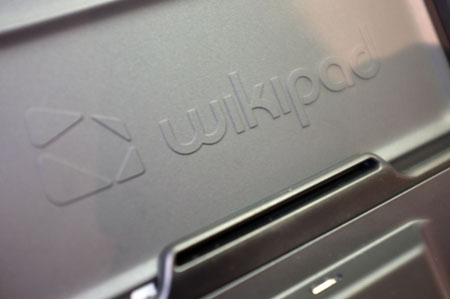 Key US retailer GameStop was an early fan, and we'd expect similar enthusiasm from stores around the world who are increasingly being cut out of game revenues thanks to app stores.

Aside from price, the other important aspect of retailing is it will enable people to pick up and play with Wikipad. Sure, it looks a bit strange, but it's a well thought out and high quality product, as you'll discover if/when you pick one up.

(Of course, our final conclusion will only come when we've had a prolonged hands-on experience.)

The support of companies such as Nvidia, Sony and Big Fish Games also demonstrates the importance that these big players attach to disrupting the portable gaming market: something we'll expect to see reflected in support from individual Android developers and publishers.

Due to be available in the US, Europe and the UK sometime during April, you can check out more about Wikipad via its website. 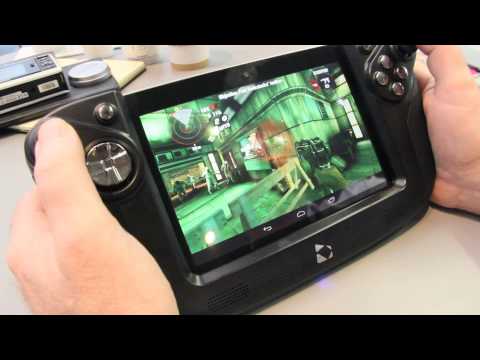