Master the elements in Magicka: Wizards of the Square Tablet on iPad

Apparating on the App Store at the witching hour

It might have missed its first release window, but Magicka: Wizards of the Square Tablet will finally be materialising on the App Store later tonight.

Based on the multiplayer PC game Magicka, Paradox's iOS spin-off features a decidedly flatter world than the one in the isometric original.

For the touchscreen version of this enchanted action title, you see, the dev has plumped for a 2D cartoon style, one which it believes is better suited for mobile devices. 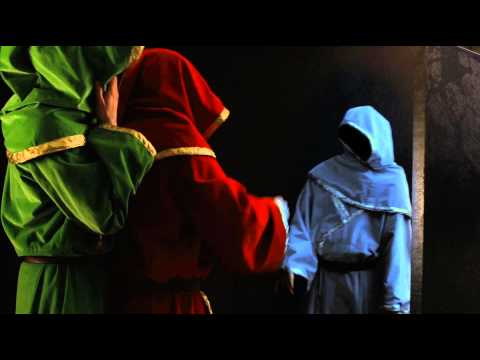 The basic tenets of Magicka's gameplay still live on in Magicka: Wizards of the Square Tablet, however.

Put in charge of a robed wizard, you must combine seven elemental powers to create and cast a wide variety of devastating spells.

You can use these spells to destroy weird creatures and stroppy-looking demons. Needless to say, if you plan on surviving, you're going to have to work on your fireball-lobbing skills.

Rather importantly (to me, at least), the multiplayer focus of the PC Magicka game has been retained in this iOS version. This means up to four players can link up online (and cross-platform) to indulge in a little group spell-casting session.

Want more? Check out our growing collection of Magicka: Wizards of the Square Tablet news stories!

Top 5 tips for getting started in Monster Hunter 3 Ultimate

Magicka transformed into a Universal app overnight via a mysterious potion

Bronze Award-winning side-scroller Magicka: Wizards of the Square Tablet is now free on the App Store

Magicka: Wizards of the Square Tablet