PopCap has confirmed that petal-powered strategy sequel Plants vs Zombies 2 will spring up in the App Store garden early this summer.

However, in addition to working on this much-anticipated follow-up, PopCap - which EA acquired last year - is prepping for the global launch of Plants vs Zombies Adventures, a Facebook version of the hit tower defence title.

In an overnight press release, head of PopCap San Francisco Curt Bererton described this Facebook-exclusive title as a "highly accessible" version of the original game, one which "will take players beyond the confines of the backyard". 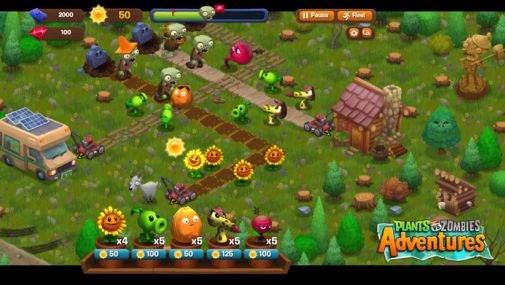 As well as exploring new locations (daffodil road trip, anyone?), players of Plants vs Zombies Adventures will be able to send zombie hordes to their Facebook buddies.